Poker has a rather negative image in the Indian legislative system as the game of poker has been classified as a game of chance and placed in the gambling category for a long time.

Gambling is banned throughout most of India and the authorities are quick to crackdown on poker clubs and poker games.

Despite the legal hurdles and the tough stance the authorities have taken towards the poker industry, India’s poker market continues to grow with every passing month.

Industry insiders project that the current Indian poker market has around two million players willing to buy-in on real money. This number is expected to grow even larger as the game gets more exposure on the national scene.

In a statement, Anuj Gupta, the founder and CEO of Indian poker site Adda52, said

Online poker in India is growing at a rate of 30-40 percent year-on-year. Fantasy leagues for cricket and soccer, within a short span has taken over because of the huge fan base. Our online tournaments are also growing at a certain rate because people want to experience it and learn

The boom in the poker industry has stirred massive interest in the business world as both domestic and international gaming operators are eager to get a piece of the Indian poker market. Adda52's parent company Gaussian Network was snapped up by Delta Crop in 2017 for a whopping 223.9 crore rupees.

Gupta along with other key stakeholders in the industry are trying hard to change the public and legal perception against card games like poker. He believes the main drawback towards getting poker legalized in different states throughout the country is because poker is still considered a game of chance and very few understand how much skill is involved in playing poker.

Spartan Poker has also jumped on the poker information campaign as the operator continues to grow its player base in India. The company has around 25,000 active users mainly due to its targeted marketing campaign. Spartan Poker devotes 65 percent of its budget to digital marketing, while 35 percent goes to radio, TV, and print campaigns.

The PR campaign to educate legislators on poker will gain momentum as new operators enter the market and join efforts to push for the legalization of poker. PokerStars launched operations earlier this year and many expect the online poker giant to soon contribute towards the push to educate key legislators on why poker should not be categorized under gambling.

PokerStars Turbo Series Will Have $15m In Guaranteed Prize Money 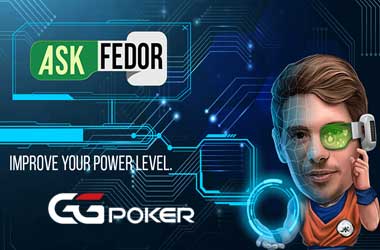