The World Series of Poker (WSOP) Circuit has confirmed that its schedule for 2019 will not include the Baltimore stop.

While poker fans in Baltimore will be left disappointed with the news, players in Chicago can celebrate as two stops have now been added. One will take place at the Horseshoe Hammond and the other at Horseshoe Tunica.

The move is part of several changes made by WSOP to the 2018/19 season.

The Baltimore stop had been a regular fixture on the WSOP Circuit before it was dropped from the schedule. The last player to take down the Baltimore Main Event was Michael Junkin, a native of Virginia, who took home the first-place prize and a gold bracelet.

Some of the other changes made to the WSOP Circuit 2019 schedule is the relocation of the Florida stop from the Seminole Hard Rock in Hollywood to the Seminole Casino Coconut Creek resort. Buy-ins of $365 are also now being increased to $400, while the Main Event buy-in of $1,675 will now become $1,700. Changes are also being made to the starting stacks – events with $400 buy-ins will now have 15,000 chips. The Main Event starting stack has been increased from the previous 10,000/20,000 to 300,000.

There will be several events spread across each stop for players of all levels. Low-stakes games start from $250 to $1,700. Those who enjoy high-roller action may take part in events with buy-ins ranging from $2,200 to $5,300. Selected events throughout the tour will follow the big blind ante format.

The US poker calendar is filled in with multiple tournaments each year but it does not get any bigger than the annual WSOP tournament which draws in poker players from all around the world. Poker players who are unable to make the regular WSOP or feel like they need another crack at a WSOP sponsored event, usually mark their calendars to attend one of the WSOPC events that take place throughout the year.

While poker players in Baltimore will be disappointed that the WSOPC stop has been removed, casino operators do not have much to complaint about. Casinos have been faring well in Baltimore, hitting record-breaking revenues.

The state’s six casinos achieved consistent growth in 2018, generating a record $158 million revenue in the month of October – up 18.6% from the same period in 2017. The best performer was the new $1.4 billion MGM National Harbor in Oxon Hill, Prince George’s County, Maryland. 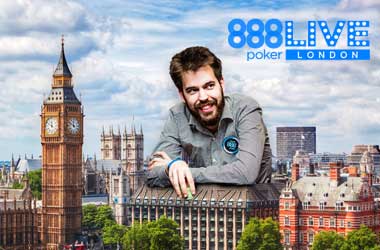