After a successful Kickoff event in London, 888poker’s next LIVE tournament destination is in the beautiful city of Bucharest. The 888poker Tournament is scheduled to take place at the 5-star Intercontinental Hotel from March 4 – 10, 2019.

The Bucharest Festival features one week of exciting action with a number of interesting events that is designed to give players fun as well as some high end action.

The tournament kicks off with a €230 buy-in Opening Event on March 4, running through March 6, carrying a total prize pool of €50,000.

The main highlight of the festival is the €888 buy-in Main Event which will see the best players from around the world battle it out for a guaranteed prize pool of €300,000, from March 6 – 10. The event will follow a big blind ante format, with a 30,000 starting stack played in 40-minute levels. The Main Event winner will also take home a prize package to the 2019 WSOP Main Event in Las Vegas.

A satellite to the Main Event will also be held from March 4 – 8 with unlimited re-entries.

888poker Ambassadors Will Be There

Last year, Romanian Andrei Racolta conquered the 888LIVE Bucharest Main Event, topping a field of 469 entrants. He walked away with €71,042 top prize, marking a hugely successful début for the tournament.

888poker will be running satellites to give players the opportunity to get to the tournament for an affordable price. Buy-ins start at just 1 cent. Players can also take part by registering directly to the $109 Qualifier for a chance to win an 888poker LIVE Bucharest tournament package worth €1,700 ($1,900).

The package includes a free seat to the €888 buy-in Main Event, four nights’ free accommodation at the Intercontinental Hotel from March 6 – 10, $250 worth of travel money deposited into the players’ 888poker account, as well as a 888poker LIVE kit. 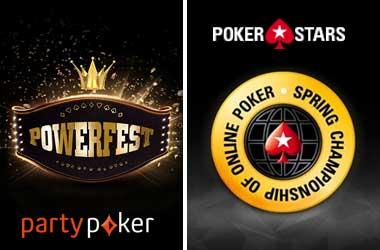