PokerStars has signed six new ambassadors to represent the brand across the globe. The fresh recruits include well-known poker pros Parker Talbot and Sam Grafton, as well as returnee Andre Coimbra, a former member of PokerStars Team Online.

Two of the new signees are Keith Becker and Mark Foresta who become the first players hired as ambassadors for PokerStars’ Pennsylvania. Completing the list is Lasse “WisternJL” Jagd Lauritsen from Denmark.

Both Talbot and Grafton are accomplished poker pros. Talbot is a SCOOP and WCOOP champion with over $3 million in online winnings.

Grafton also has an impressive live tournament record. Among his biggest wins was a runner-up finish at the €100,000 European Poker Tour Super High Roller in 2019, which earned him €1,303,950. The English poker pro is also well-known for his broadcasting skills, having commentated on several streams throughout the years.

Coimbra previously served as ambassador for PokerStars from 2013 to 2017. The Portuguese poker pro formerly announced his retirement from the game, and now he’s officially back. But this time around, he will focus more on growing his online community, and after reuniting with PokerStars, his main task will be to boost the brand’s presence across social media, especially on Twitch.

Remarkably, Becker, Foresta, and Lauritsen are relatively unknown in the world of poker. They have yet to win major titles, and their respective Hendon Mob tournament records are not very impressive. However, all three have built quite a presence on social media as Twitch streamers.

The new signings give an insight into what PokerStars wants to achieve with its marketing efforts. It’s now looking at individuals who can create a community on social networks and promote the brand to new markets. Its main aim is to attract new players through active social media engagement.

The six new recruits will fill the huge gap left in PokerStars’ Team Pro. Earlier this year, long-time PokerStars ambassador Chris Moneymaker ended his partnership with the site after 17 years. Celina Lin, who also represented the brand for over a decade, also announced her departure from the site in January of this year.

In May 2019, Daniel Negreanu also bid farewell to PokerStars in what was described as an “amicable split“. Moneymaker and Negreanu have since joined Americas Cardroom and GGPoker respectively.

The last time PokerStars signed multiple ambassadors was two years ago. The online poker site’s roster has now gone up from 9 to 15. 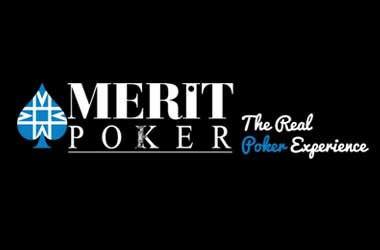