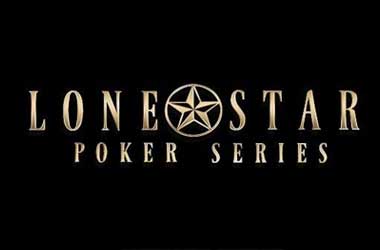 A $1,000,000 guaranteed Main Event is coming to Texas! The Lone Star Poker Series (LSPS) is set to run at the Houston’s Champions Poker Club from April 15 to May 3, featuring 19 events, headlined by the $1,300 buy-in Inaugural Texas State $1M GTD Main Event which will take place from April 27 – May 3.

Hosting a Main Event of such size is a first for the state of Texas in the United States Of America, mainly thanks to LSPS and Champions Poker Club.

The LSPS was founded by Kim Stone and Hayden Fortini with a goal to make poker fun again and elevate the overall player experience.

To achieve this goal, the LSPS team always do their best to come up with a better and bigger event each year, boosting the prizes and adding new twists and offerings so players make the most out of the series.

For the upcoming festival at Champions Poker Club this week, Stone said there will be custom-made money clips and trophy buckles in play, designed and created by famous animation director, character designer and illustrator Max Lang.

Key events will also be livestreamed, in partnership with PokerGO, and Stone also said they’re looking at making all media outlets available to players and their families and friends so they can follow the action.

The most exciting part of the series is the fact that Texas is set to have its first-ever $1 million-guaranteed Main Event. And to celebrate this massive milestone, some of poker’s biggest names will take part in the tournament, including poker ambassador Chris Moneymaker, World Poker Tour champion Darren Elias, and Solve for Why founder Matt Berkey.

The Main Event will feature five starting flights running each day from April 27 – May 1, with Day 2 taking place on May 2, and the finale happening on May 3.