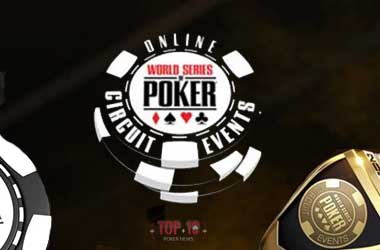 The first World Series of Poker (WSOP) Online Circuit event of 2022 will take place in Pennsylvania! PA players are set to compete for 12 Circuit rings and over $500,000 in guaranteed prizes from January 5 – 16 on WSOP PA.

It is the second Circuit Series event hosted by the WSOP in the Keystone State since the online room went live there back in July 2021.

The upcoming series has a total of 12 tournaments with $535,000 in combined guarantees up for grabs. The schedule features popular poker variants and standard formats, including No-Limit Hold’em, Pot-Limit Omaha and Progressive Knockout, with some rebuy events also thrown into the mix.

The festival will culminate in the Main Event which comes with a $525 buy-in and at least $100,000 in guarantees. It takes place on January 16. Apart from the Main Event, other notable tournaments on the schedule include Event #5: Sunday Special on January 9 which guarantees $75,000 for an entry fee of only $215, as well as the opening event – the $40K GTD PKO NLH 2X Re-entry – which costs $215 to enter.

The schedule also includes an NLH freezeout tournament running on January 10, with a buy-in of $215 and a guarantee of $25,000. There’s also something in store for PLO lovers, with a $500 buy-in, $25K GTD PLO 3X Re-entry event taking place on January 12.

The first online Circuit event in Pennsylvania ran in September 2021, shortly after WSOP.com launched in the state. The inaugural series featured $630,000 in total guarantees, spread across 12 ring events. Players competed in a wide variety of formats, such as exclusive PKOs, PLO, Double and Monster Stacks, as well as turbo tournaments which allowed up to 3 re-entries. The schedule also featured an NLH freezeout event.

The latest edition of the online Circuit series in Pennsylvania features a similar schedule, though there are a few differences in the guarantees on offer. For instance, the opening event in the January series features $40K in guarantees, down from $50K in the September edition.

The previous series proved to be overly ambitious, with several events failing to meet their guarantees. The WSOP is hoping to achieve a different result this time around with a slightly smaller series.