We are now two weeks into the 2021 World Series of Poker (WSOP) live poker tournament at the Rio and Jason Koon currently sits at the top of the WSOP Player of the Year (POY) leaderboard. Koon is also occupying the top spot on the Velo No Limits POY Leaderboard.

The WSOP POY keeps track of all events at the WSOP and gives players points based on their performance at each event while the Velo No Limits POY only keeps track of points accumulated during no-limit hold’em events.

The short-deck poker king has had a good run in the first two weeks of the WSOP. He will need to keep it going as there is still another four weeks left to play out and we could see the WSOP POY leaderboard shift significantly in the next month.

He also finished in 9th place in a final table bubble and registered another two final table finishes that have helped put him at the top of the leaderboard. He has the same number of points on the Velo No Limits POY Leaderboard.

Koon could lose his number one spot rather quickly as there are not a lot of points that separate the rest of the pack.

Players Who Could Topple Koon

Right behind Koon is Connor Drinan who has 1,507.51 points to his name on the WSOP POY leaderboard while Dylan Linde is in third place with 1,477.25. The fourth place has Aria Engel with 1,378.73 points while Daniel Lazrus is holding on to the fifth place with 1,277.87 points.

Koon is doing a lot better on the Velo No Limits POY Leaderboard as Daniel Lazrus is in second place with 1,277.87 points while Tyler Cornell is in third place with 1,197.65. The fourth spot is occupied by Harvey Mathews who has 1,136.33 while Zhi Wu is in fifth place with 1,110.25 points.

The first five places on both leaderboards is occupied by U.S. Poker players which comes as no surprise since the leaderboards are generally dominated by Americans. Poker Hall of Famer Phil Hellmuth has also had a good run at the WSOP so far with multiple cashouts and could climb the leaderboard rather quickly, if he ends up winning his 16th WSOP gold bracelet. 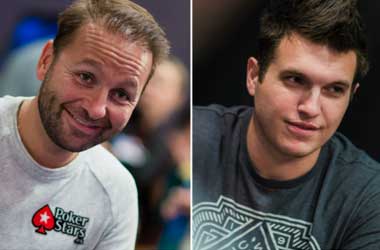 Bonomo Makes His Mark At The 2019 Triton Poker Jeju Series