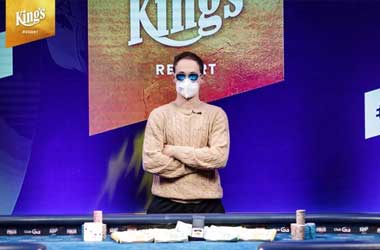 The 2022 World Series of Poker (WSOP) International Circuit Main Event is finally over and Turkey’s Feyzullah Karaarslan emerged as the winner, taking home €204,053 in top prize. The €1,700 buy-in tournament attracted a field of 808 entries to generate €1,189,780 in total prize pool. This year’s WSOP International Circuit kicked off on January 5 and took place at King’s Resort in Rozvadov, Czech Republic.

Karaarslan battled it out with Serbia’s Aleksandar Tomovic heads-up, with the latter settling for second place with €127,017 in winnings. Each of them earned a ticket to the 2022 WSOP Europe €10,350 Main Event.

The other players who made it to Top 12 each also won a seat into the massive tournament. The WSOPE Main Event ticket giveaway is part of an ongoing promotion for one of Europe’s biggest and most prestigious poker festivals.

The final action began with Italian players Michael Ugucctoni and Simone Andrian being the short stacks. They were unable to advance further as they became the first two players to be eliminated from the nine-handed final table, taking home €17,369 and €22,058 respectively.

Israel’s Sharon Sade was the next casualty, finishing 7th for €32,074. German player Do Tran fell into the hands of Roman Chochola of Czech Republic, with his ace-king being defeated by Chochola’s flush. Do Tran took home €43,369 for his 6th-place finish.

Next to go was veteran player Claudio Di Giacomo who was looking to capture another victory for his home country in this year’s WSOP International Circuit. Unfortunately, things didn’t work out for the Italian and he ended up in 5th place for €55,410.

Start-of-day chip leader Ronnie Lemmens did not manage to maintain his dominance till the end, as he was knocked out by Chochola. Lemmens finished 4th, walking away with €70,328. Chochola led the chips during three-handed play, but he eventually followed Lemmens to the rail, ending his bid in 3rd place for €90,894.

Karaarslan and Tomovic entered heads-up play and wasted no time in their quest for the title. In the end, Karaarslan prevailed, with an aggressive four-bet pot paving the way for his win. He held ace-ten suited and went on to make a flush, defeating Tomovic’s flopped top pair to secure the top prize and his first WSOP Circuit gold ring. 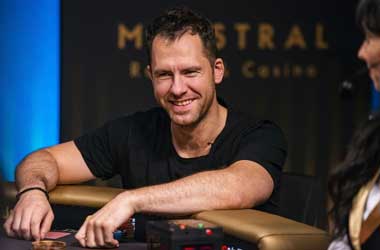