PokerStars launched its online poker room in Pennsylvania in Nov 2019 and enjoyed over a year of exclusive access as other online poker operators took their time to get up and running.

The monopoly over the PA market allowed PokerStars to build a strong player database which has helped PokerStars to remain the dominant operator in the Keystone state even after new operators have entered the market.

BetMGM PA and WSOP PA are the two main operators that have entered the PA market during the second and third quarter of 2021.

They knew they were going to face strong competition from PokerStars and were prepared to try out a whole range of promotions and offers to compete with PokerStars.

Their presence in the PA online poker market hasn’t really hurt PokerStars in anyway. If we look at the last three months (July to September), PokerStars cash game traffic has been between 200 to 250 concurrency players. There were three occasions when the cash game traffic surpassed the 250 mark and only one occasion when it dropped below the 200 mark.

Just to show you how dominant PokerStars is, even if you combine the cash game traffic of WSOP PA and BetMGM PA, you will still struggle to get 100 concurrent players during this 90 day period. Both operators have failed to hit 50 concurrent players on a daily basis. WSOP PA has done a little better when compared to BetMGM PA even though WSOP PA entered the PA market later than BetMGM PA.

WSOP PA has tried to run a number of exciting tournaments to attract new players but it hasn’t had the impact WSOP PA would have wanted. PokerStars continues to be the premier online poker operator in Pennsylvania because the majority of online poker players in the US prefer to play at PokerStars. We can see this from the overall traffic as PokerStars is generating 4x more traffic when compared to BetMGM PA and WSOP PA combined.

If we look at online poker traffic from Oct 11, we find that PokerStars has a total of 229 users in PA while BetMGM registered 40 users and WSOP PA saw 19 users, bringing their combined total to just 59 users. These numbers have been rather consistent for PokerStars during the last 6 months as PokerStars has averaged over 200 users per day while WSOP PA and BetMGM PA have struggled to hit 50 users per day. 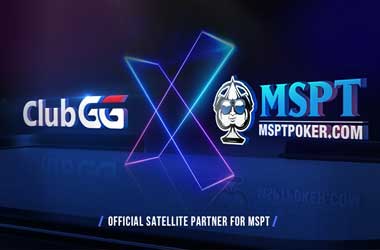