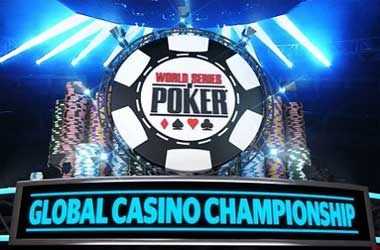 The World Series of Poker (WSOP) Global Casino Championship (GCC) will now be held online amid ongoing restrictions brought about by the coronavirus pandemic.

Players who earlier qualified for the event will now receive an invitation but they will need to be based in New Jersey or Nevada in order to take part.

The GCC was originally scheduled to run on August 11-13 at Harrah’s Cherokee, but with strict social distancing measures still in effect as part of measures to curb the virus, the live poker scene will likely remain shut for the foreseeable future.

This led organizers to decide to move the season-ending GCC to the virtual felts on September 13, but prior to that, a “Season Finale” online circuit event will take place on June 3-14, which will see 13 players winning a seat to the season-ending GCC. WSOP.com will host the online action.

Those who already qualified to the GCC by winning previous WSOP Circuit Main Events or Casino Championships, as well as those who made it to the top 50 in the overall leaderboard, will receive an invitation to participate. They include Massoud Eskandari and Jeff Trudeau Jr, who took down the WSOP Circuit Casino Championships in Bicycle Casino and Harrah’s Atlantic City respectively.

All in all, there are a total of 128 players who won automatic seats to the GCC, while two more will qualify via the ongoing WSOP Super Circuit Online Series. With the additional 13 qualifiers from the Season Finale Online event, the total number of automatic entrants to the GCC now stands at 143.

The field is expected to grow as those who won a WSOP Circuit Ring, as well as players making it to the top 100 of the WSO POY rankings will also be given the chance to enter for a buy-in of $10,000. The GCC offers $1,000,000 in guarantees, with the ultimate winner also walking away with the highly-coveted WSOP gold bracelet.

Show Must Go On

WSOP Executive Director Ty Stewart said players might wait until 2021 for live action to resume, but right now the show must go on, online.

The WSOP was forced to cancel a number of live events this year as COVID-19 rapidly spread on a global scale since March, with the US recording the highest number of infections and deaths. Several WSOP Circuit stops have been dropped, but the brand was able to continue the action online by organizing the first-ever WSOP Super Circuit Online Series, in partnership with online poker site GGPoker.

There are plans to hold the 51st WSOP this fall, but it remains unclear whether it will materialize.