The record for the highest buy-in in poker history could soon be smashed! Earlier this week, the Triton Poker Series revealed that it will host a £1 million Main Event for Charity during the 2019 Triton Super High Roller Series London.

This value is poised to exceed the €1 Million Monte-Carlo One Drop Extravaganza when currency exchange rates are taken into account.

Triton has yet to release the full details of the tour’s London stop, but it’s understood the £1 million event will run for three days, beginning August 1 until August 3.

Over the past few years, the Triton Super High Roller Series has been held in the Philippines, Macau, Jeju and Montenegro. This year marks the first time that the series enters London since it was founded back in 2015.

Over the past few years, million-dollar events have become one of the most important highlights of a tournament series. The very first event of its kind is the World Series of Poker (WSOP) $1 Million Big One for One Drop which was held in 2012, featuring a gigantic $42 million in guaranteed prize pool. Antonio Esfandiari outlasted a field of 48 entries to win the first-place prize of $18,346,673.

While participation in the huge event has slightly dropped over the years, the WSOP shook things up in the high stakes poker market when it added the event to its 2018 schedule. The 2018 Big One for One Drop was eventually taken down by Justin Bonomo who topped a field of 27 players to win the $10 million top prize.

In 2016, the €1 Million Monte Carlo One Drop Extravaganza set a new record for the highest buy-in event in history due to currency exchange rates. When converted, the Monte Carlo buy-in was worth $1.1 million. This year, the Triton £1 Million London event will break the record at $1.27 million, based on the current exchange rate via XE.com.

The London series kicks off on July 31, coming at the perfect time for players and fans as the WSOP is scheduled to end a few weeks earlier on July 16.

The tournament is expected to attract some of the top high rollers in the world, including the likes of Jason Koon and Tom Dwan, who both represent the Triton Poker brand. Other names likely to take part include Erik Seidel.

Full details of the tournament have yet to be released, so stay patient for now and we will bring you more information once it is made official. 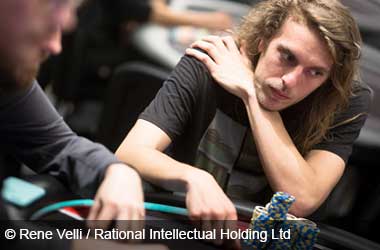