PokerStars is bringing its popular tournament series to Michigan! Less than two weeks since becoming the first online poker site to go live in the Wolverine State, PokerStars MI will host the first ever Michigan Championship of Online Poker (MICOOP) from February 20 to March 8.

The upcoming festival offers a massive guarantee of over $1 million, and features a wide range of buy-ins and formats.

The inaugural MICOOP features a total of 60 events, surpassing the most recent COOPs in both Pennsylvania and New Jersey. The latest edition of PACOOP featured 50 events, while the 2020 NJCOOP had 54.

FOX Bet CEO Kip Levin said they’ve seen a strong clamor among Michiganders for a world class poker experience and PokerStars’ main goal right now is to give that to them and provide them with exciting opportunities to level up their poker careers. With MICOOP, local players now get the chance to chase for a championship crown from the comfort of their own homes.

MICOOP also makes sure the series is accessible to as many players as possible by featuring a range of buy-ins, starting from $10, all the way to $500.

Players also have plenty of options in terms of the poker formats they’d be able to play at MICOOP. Apart from the traditional no-limit Hold’em, the schedule also features a number of pot-limit Omaha, seven-card stud hi-lo, five-card draw, 8-game mix, H.O.R.S.E, and progressive knockout tournaments, with freezeout and re-entry events also thrown into the mix.

MICOOP will culminate in the $300 buy-in, $125,000 GTD Main Event which will get underway on March 7. The event also features a mini version which comes with an entry fee of only $50 and $35,000 in guaranteed prize pool. The Mini Main Event also kicks off on March 7.

PokerStars MI is also giving players the chance to enter the festival’s key events for a more affordable price by running satellites, with buy-ins starting at $2.

Additionally, players who make a deposit of at least $30 using the code “MICOOP” will receive a ticket into the Main Event Depositor Freeroll on March 7 where they’ll get the chance to win a share of the 35 free Main Event seats up for grabs during the tournament.

Those failing to finish in the money during their first try at any event will also be awarded automatic entry into Second Chance Freerolls which will run daily on PokerStars MI. These tournaments will also award free seats into MICOOP events. 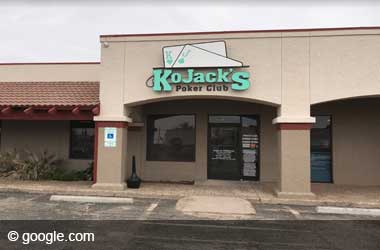