The Finale was held at the Casino Barcelona, where 1,136 players battled it out for the trophy and a bite of the €1,000,000 guaranteed prize pool.

The 29-year-old Cairat, who has since made Barcelona his home, found himself head-to-head with Polish pro Grzegorz Grochulski before he went on to send him packing. Cairat went on to win €195,00 ($240,634).

This is Cairat’s second biggest cash out in his career and at Casino Barcelona.

Cairat decided to up his game and start playing high stakes poker matches in 2017 and his debut cash at the PokerStars Championship has enabled him to gain the confidence continue his momentum into 2018. This second win at Casino Barcelona at the partypoker LIVE Millions Finale will give him a lot more confidence to pursue high stakes events. He also bagged 395.79 GPI Points and 395.79 POY Points for his first place finish.

Cairat has now accumulated over $766,000 in total career prize money and has moved into 13th place on Argentina’s all-time money list according to the Hendon Mob.

Poker Pros Who Finished In The Money

Some of the other poker pros who stole the spotlight at the partypoker MILLIONS event included Canadian poker pro Pascal LeFrancois and Bulgarian Fahredin Mustafov. Mustafov won the €10,300 no-limit hold’em high roller event after beating 194 players to win €400,000 ($496,000) while LeFrancois became the richest player to emerge from a single victory at the LIVE MILLIONS Grand Final. LeFrancois won the Main Event and took home €1,700,000 ($2,108,000), which is LeFrancois biggest cash till date. 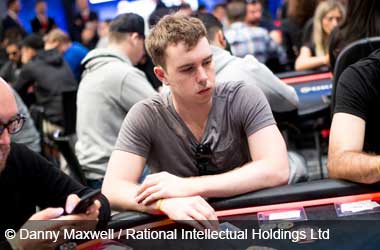