The schedule for the first-ever MILLIONS Grand Final Barcelona has been released and it promises to be a huge tournament thanks to the record €23,000,000 guaranteed prize pool. With nine events scheduled in the tournament, players will have a shot at winning big.

partypoker MILLIONS Barcelona is scheduled for April 7 to 15 and set to take place at Casino Barcelona, which is a very popular venue in the state. The tournament will kick off with the €1,100 buy-in MILLIONS Open.

It will have four starting flights and a €1,000,000 guaranteed prize pool.

The real highlight of the tournament will be the €10,300 Grand Final Main Event. It will have a record €10,000,000 guaranteed prize pool. It will begin on April 11 and feature four starting flights. The top three players are guaranteed to get seven-figure cash-outs. The winner will go home with €1.4 million, while the runner-up will get €1.2 million for runner-up, while the third-place finisher will get €1 million.

There will be at least 250 players who will be in the money for the Main Event. The lowest payout will be €10,000. The top ten players will also get a free $5,300 entry to the MILLIONS Online event at the end of the year, which will have a $20 million guaranteed prize pool. Anyone interested in joining the Main Event without forking out the buy-in, can join the many online satellite events currently taking place at partypoker. All a player needs to fork out for these online satellites is just $0.50. There will also be daily $22 Quarter-Finals and $109 Semi-Finals available. Winning these will allow players entrance into the weekly $1,050 Finals.

These weekly finals have ten prize packages worth $16,000. This includes an entry to the €10,300 Main Event, along with eight nights at the luxurious Hotel Arts and $500 as spending money. For those who cannot participate online, Casino Barcelona will be running five super satellites during the tournament, which will have at least 225 Main Event seats as the prizes.

Besides the Main Event, the schedule has more to offer. There will be four single reentry super high roller events scheduled for the first four days of the series. Each of them will have a €2 million guaranteed prize pool. The April 7 and April 8 events will €25,000 buy-ins, while the April 9 event is priced at €50,000. Finally, the last high-roller event on April 10 will have a buy-in of €1,000,000. 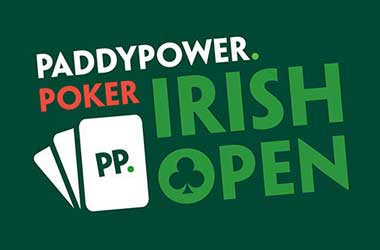