partypoker Forced To Cancel MILLION Relaunch Due To Technical Glitch

partypoker Forced To Cancel MILLION Relaunch Due To Technical Glitch

partypoker had big plans for the relaunch of its MILLION tournament which was returning after a 13 year break.

Poker players were very interested in taking part in this tournament as the poker room had put together a number of interesting features to make the MILLION return special.

partypoker has had outstanding success in the last three years and is now considered the second biggest online poker room in the world. The poker room has put together some fantastic tournaments and prizes over the last few years and has enjoyed a lot of success.

However, they messed things up with the MILLION relaunch and were forced to cancel the tournament which left players disappointed and upset. The online poker room stated that it experienced a technical glitch which stopped them from loading players who moved from Day1D to the final Day.

The online poker room started the final Day and saw that none of the players who progressed from Day 1D was loaded. They tried to pause the tournament to fix things but the same technical glitch got in the way and did not allow them to pause the tournament, leaving them with no other option but to cancel MILLION.

partypoker sent out a total of 4 tweets to explain to players what happened and why they had to cancel the event. They also sent out instructions via Twitter to inform players how they were going to handle refunds.

1.) Firstly, we apologise for the issues with the partypoker MILLION tonight. An error occurred that prevented the Day 1D players being loaded into Day 2. This resulted in the cancellation of the tournament. The following tweets are what happens now….

partypoker confirmed that players who made it to the final Day and cashed out would be allowed to keep their winnings. Players who had chips but did not cash out will be given the next pay rank that is available. All this cash is being handed out in addition to the proposed $1 million guaranteed prize.

3.) All players that made it through Day 1 will receive a share of the $1M prizepool – 50% of the $1M will be split equally among the players and 50% split based on chip equity at the end of Day 1. All Day 2 players will also be given a $215 partypoker MILLION ticket.

4. Please accept our sincerest apologies for the inconvenience. We remain committed to hosting the partypoker MILLION and it will run next week. Please bear with our customer support team who will be, understandably, very busy right now. Payouts will be made as fast as possible.

Players who moved on from the four Day1s will be eligible to receive a share of the million dollar prize pool. partypoker has confirmed that 50 percent of the prize pool will be divided equally among these players while the balance 50 percent will be split based on chip equity of each player.

All players who made it to the final day will be given a partypoker MILLION ticket which has a $215 buy-in. partypoker is expected to pay out close to $600,000 because of this glitch. The general feedback is that players are happy with the solution proposed by partypoker. 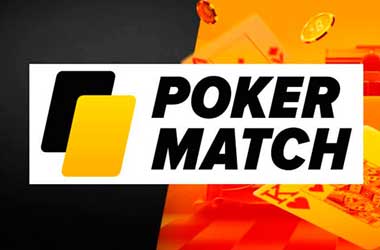