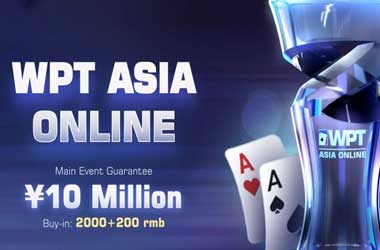 Poker players in Asia are in for some exciting online poker action this week with the WPT Asia Online getting underway on November 12. The festival features a total of 15 events, with a huge ¥15 million ($2,300,000) guarantee up for grabs. It will be hosted by popular Asian poker app Poker King.

WPT Asia Online is one of the tour’s major online tournament offerings this year. In August, it also hosted the WPT World Online Championships in partnership with partypoker. Among the biggest winners at the series were Ole Schemion who won the $25,500 Super High Roller Championship for $388,708, and Rok Gostisa who emerged as the Main Event champion, taking home $959,493.

The main highlight of the festival is easily the Main Event which has a buy-in of ¥2,200 ($344) and a guarantee of ¥10 million. It has a total of seven starting flights which kick off on November 16. Day 2 of the tournament will take place on November 21, with the live-streamed finale happening on November 22.

WPT Asia Online is something players shouldn’t miss if they want to compete with the world’s best players, some of whom are currently serving as ambassadors for Poker King.

The Main Event in particular is offering a special bounty to any player who eliminates any of these top pros – Phil Ivey, Patrik Antonius, Tom Dwan, Daniel Dvoress, Lynn Gilmartin or Steve Aoki.

The Main Event also has a mini version which takes place before it on November 14. It features two starting flights, with a winner declared on November 16. The Mini Main Event comes with a guaranteed prize money of ¥1,000,000 ($156,500) and is one of the biggest-guaranteed events of the series. Players only need to pay a more affordable entry fee of ¥550 ($86) to take part in the tournament.

The WPT has been building its presence at the virtual felts across the globe by organizing huge online festivals. The tour first partnered with Poker King back in February for the inaugural WPT Spring Festival. 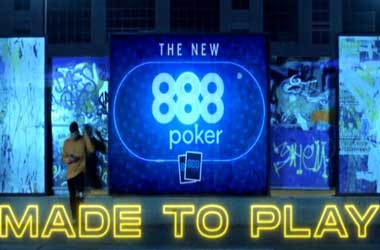