With just less than two months left before the 2019 World Series of Poker (WSOP) takes place, online qualifiers have kicked off, giving players the chance to win and make their way to the Rio All-Suite Hotel and Casino in Las Vegas, which will once again play host to the WSOP.

This year is a year like no other for the world’s largest poker festival. The WSOP is celebrating its 50th anniversary and comes with a month and a half of action-filled events, starting May 28, through July 16.  The $10,000 WSOP Main Event will take center stage, running for 14 days beginning July 3.

As everyone gets pumped up for one of the world’s most highly-anticipated poker festivals, a number of poker operators have  now started running online qualifiers to send players to the prestigious tournament.

French-based operator Winamax recently announced that its partnership with WSOP has been extended, and it remains as the festival’s official partner for the sixth year in a row in France. Winamax which is the number one poker operator in France will be awarding Main Event tickets to dozens of its qualifiers. It will also give players the chance to earn seats to two other bracelet events.

Main Event Seats Up for Grabs

The French qualification campaign began on March 31 and the online qualifiers will continue to run twice a week, on Sundays and Tuesdays, until June 4. Every Sunday, players can take part in a €500 buy-in satellite, giving them the opportunity to win an €11,000 package to the WSOP Main Event which is scheduled to take place on July 3 – 16.

The special package includes €2,000 worth of expenses; airport reception and hotel transfer; bilingual help at all key stages before the tournament; an almost-guaranteed Winamax column feature; and free entry to the world-renowned Winamax Players Party. On top of all this, players can also opt to join a whole bunch of super satellites with buy-ins starting from as low as €10.

While online qualifiers and satellites are already running on Winamax.fr, they are only available to French players. 888poker has earned the exclusive rights to host online satellites in other markets including Spain. 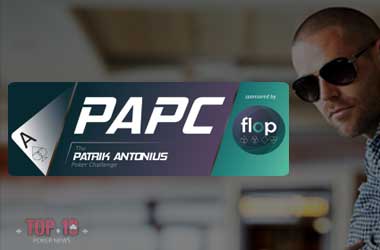