The 2020 edition of the popular Goliath Tournament will now take place online on Grosvenor Poker. The massive festival has traditionally been held live since it debuted back in 2011, however this year, it joins several other major live poker events around the world that had to be moved to the virtual felts due to the ongoing COVID-19 pandemic.

The delayed reopening of UK casinos also means some live tournaments have to be rescheduled, or be held online – Grosvenor opted for the latter. It was only last week that Prime Minister Boris Johnson gave the go ahead for British casinos to resume their operations. They can begin accepting patrons from August 1.

This year’s Goliath tournament series will run on August 1-9 exclusively on Grosvenor Poker. It features £350,000 in guaranteed prize money, spread across 15 events.

The main highlight of the festival is the £125 buy-in Goliath Main Event, with £100,000 in total guarantees up for grabs. The action kicks off on August 8, with surviving players advancing to Day 2 on August 9, during which a winner will be crowned. The event features $25,000 in starting chips, and an initial 100/100 blind structure played in 30-minute levels. You can join in on the action up to the end of the 13th level. The event also allows up to five re-entries.

If you can’t afford the £125 buy-in, you can still take part in the event for a much cheaper price by participating in satellites for as low as £0.25.

The entire schedule is also filled with other value-packed events which you can enter for at least £5. If you’re a fan of the popular 25/50, keep August 2 free as the £225 event will play out on that day, offering £50,000 in guaranteed prize money! There are various formats available, such as 6-Max, 8-Max, Turbo, PLO and PKO each guaranteeing up to £10,000 in prizes.

If you want some high roller action, you can showcase your skills in the £560 buy-in, £50,000-guaranteed High Roller event where you will most likely compete with some popular names, including the Grosvenor ambassadors themselves: Andy Hills, Rick Trigg, Katie Swift, Jeff Kimber, and Joe Beevers.

If you get lucky, you might see yourself playing on the same table with former boxing World Champion David “Hayemaker” Haye.

You can also boost your winnings by earning as many points as possible for the Player of the Year Series. If you end up finishing on top, you’ll walk away with £1,000 worth of tickets! For more details, visit Grosvenor Poker’s official website. 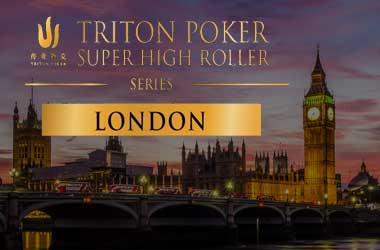