The 2018 World Series of Poker (WSOP) is coming to a close and a lot of poker players are looking to take a break from the felt as they have been grinding for close to a month and a half at the most popular poker tournament in the world. However, the poker action in America will not stop with the closing of the WSOP as the RunGood Poker Series (RGPS) recently announced its six stops for 2018.

The RunGood Poker Series is looking to differentiate itself from other poker tours out there by coming up with a unique theme for its six stops. The 2018 season will feature an Old West theme where players are encouraged to show up with their cowboy hats and boots.

Tournament organizers have made it clear that players are allowed to dress in what they feel is most comfortable but the Old West theme will be encouraged. The organizers have prepared “Championship Belt Buckles” that were specially customized for the event.

The first stop will be at the Horseshoe Tunica and will run from August 14 to 19. The highlight of this stop will be the Main Event which has a guaranteed prize pool of $100,000. The second stop will be at Harrah's Kansas City and is scheduled to take place from September 18 to 23 while the third will take place at Horseshoe Bossier City from October 2 to 7.

The fourth leg of the tour will be held at the Horseshoe Council Bluffs from October 9 to 14; the fifth stop is at Hard Rock Tulsa from November 13 to 18. The final stop to end the year will take place at Downstream Casino and will run from December 4 to 9. Players can visit the RunGood Poker Series website to find out more information about the tour stops and events. 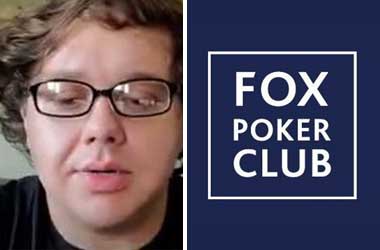