One of PokerStars‘ most popular tournament series heads to the United States this month. The Bounty Builder Series takes place in New Jersey, Michigan, and Pennsylvania and awards $2 million in guaranteed prize money.

The Bounty Builder Series features tournaments played in Progressive Knockout (PKO), a format that has become increasingly popular in recent years. The main reason why PKOs are such a huge hit these days is that players can take home some cash regardless of their finishing positions.

The money comes from busting opponents. So even if you fail to secure a cut of the regular prize pool, you get to keep the bounty of each opponent that you eliminate.

New Jersey, Michigan, and Pennsylvania will run their respective Bounty Builder Series from May 13-23. The schedule features a wide variety of bounty games, with buy-ins ranging from $5 to $1,000. The series also includes some exciting bounty formats, such as Bounty Adrenaline, Win the Button PKO, Total Knockout, and Last Man Standing.

Players in New Jersey have 47 events to choose from, while their counterparts in Michigan and Pennsylvania will compete in 44 games each. PokerStars PA will award the biggest prize pool of $1 million throughout the series, while $700K and $634K are up for grabs respectively on PokerStars MI and PokerStars NJ.

Each state will run two Main Events with buy-ins of $300 and $50. Both will take place on May 22. The $300 buy-in Main Event is among five trophy events included in the schedule. A $1,000 High Roller will also take place across all three states and is part of the trophy events as well.

The trophy events in Pennsylvania will give away $360K in combined guarantees, while those in Michigan and New Jersey will award $267,500 and $240,000 respectively.

Each state will also award another trophy for the overall bounty leaderboard winner.

The Bounty Builder Series is designed to accommodate all players, regardless of the size of their bankroll. There are over two dozen events that players can enter for $50 or less, but if they want to go a bit higher than that, there are more than 35 games with buy-ins of $100 or less.

PokerStars is also giving players the chance to enter the Main Event for much cheaper via deposit freeroll satellites which are available in each state. 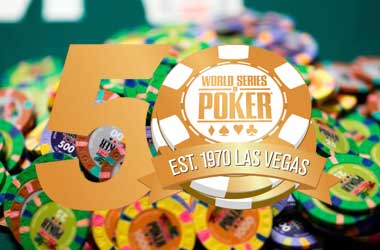 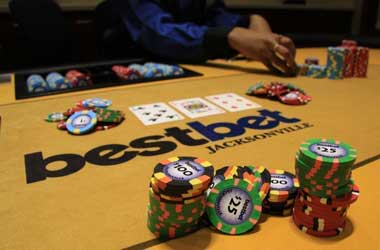