The flagship event of the 2019 PokerStars European Poker Tour (EPT) Prague has finally come to an end. Poker pro Mikalai Pobal from Belarus came out on top of the €5,300 Main Event after six days of intense poker action at Casino Atrium Prague.

It was no ordinary victory for Pobal as he now becomes only the second person to win two EPT Main Events.

For his first EPT Main Event win, Pobal walked away with €1,007,500 in first-place winnings after besting a 1,082-entry field. Pobal conquered the 2019 EPT Main Event in a quite similar fashion, as the total number of participants and the top prize are almost identical.

The 2019 EPT Prague Main Event was truly an international affair with the top 13 finishers all coming from different countries.
Only five players made it to the feature table and they were Pobal, Szecsi, Ricardo Da Rocha, Tomas Paiva and Gaby Livshitz. Portuguese player Tomas Paiva was the first player to leave the table after his top pair bowed down to the gutshot and flush draw of Livshitz. Paiva collected €241,230 for his efforts.

With four players remaining, Pobal was last in chips with just 12 big blinds. However, things turned around for the Belarusian when he managed to win successive all-ins against Livshitz, grabbing the lead. The Israeli eventually hit the rail in fourth place after losing a battle of the blinds against Pobal. Livshitz earned €316,780.

The next to go was Ricardo Da Rocha who got all of his chips in with ace-jack against Szecsi’s ace-queen. The Brazilian player failed to find help on the board and eventually exited in third place for €421,450.

Pobal and Szecsi entered heads-up play with the former gaining a huge lead during the early stages of the battle. Pobal managed to hold on to his position and made his victory official after his kings defeated Szecsi’s eights. Pobal now has close to $2.5 million in career prize money.

If you looking for some online action why not try Pokerstars 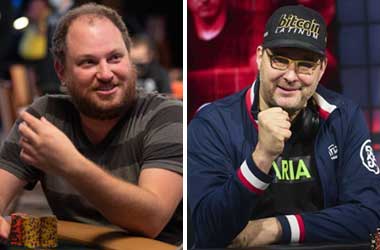