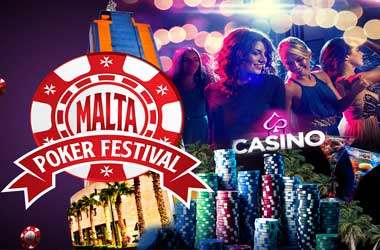 The highly-anticipated Malta Poker Festival (MPF) will run from October 29 to November 4.

The popular tournament returns to Portomaso Casino, featuring an action-packed schedule with massive guarantees up for grabs.

The festival will host tons of side events, cash games and parties for players to enjoy.

The main highlight of the festival is the €550 buy-in Grand Event which features a guarantee of €500,000. The event, which runs on October 30 to November 4, is expected to attract a huge field, with a potential to surpass its guaranteed prize pool. Last year, the same event attracted 1,366 entries, generating a total prize pool of €662,510, significantly higher than the initially-announced guarantee.

The inaugural MPF Main Event was taken down by Emanuele Onis from Italy, after defeating Fabian Gumz heads-up for a first-place prize of €150,000 plus the Grand Event trophy.

This year’s turnout will be boosted by a large number of players who qualified via satellites, packages and promotions which took place in partnership with online poker sites Videoslots, Juicy Stakes, Intertops, PPPoker, and Betsson.

Plenty of satellites are also running at Portomaso Casino, including the Gozo Flash Satellite where players can take part for as low as €6. Winners will then get a chance to qualify for the €60 satellites, from which they can win tickets to several events, including the Grand Event.

There will be four opening flights for the MPF Grand Event taking place on October 20 to November 1. Players will battle it out using the big blind ante format, and will kick off the action with 30,000 in chips. Participants are allowed one re-entry per day.

The festival also features a host of other exciting events, including a €100 Ladies First on November 2, €150 Irish Super Hold’em on November 1; €1,100 MPF High Roller and €250 Hendon Mob Championship both taking place on November 2-3, as well as a €170 MPF Bounty Knockout happening on November 2.

Players may also take part in a number of cash games running 24/7 for the duration of the festival. The festival will also have some Halloween flavor with a €100 buy-in Halloween Special MPF NL Hold’em event taking place on October 31, where players can win extra prizes for wearing the best Halloween costume. To find out more, do check out the MPF website. 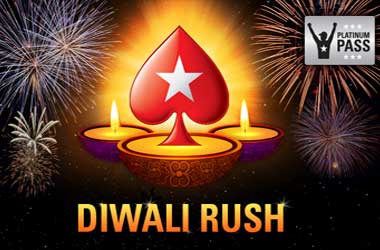