Poker fans in the United States will finally be able catch this year’s World Poker Tour (WPT) events on television. WPT has announced that the completed stops of its Season XIV will be telecast on FOX Sports Networks (FSN) weekly on Sundays, starting February 28, 2016.

The first three episodes will show the inaugural WPT Choctaw in Durant, Oklahoma. The season is slated to end on August 28, showing in total 27 Season XIV episodes. The season is set to close with the telecast of the newly launched event, WPT Tournament of Champions.

We are thrilled to continue to tell the story of the World Poker Tour in Season XIV, and to highlight the compelling storylines of both recreational and professional players as they compete on the most dramatic stage in poker. Viewers will be introduced to new and exciting players throughout the season, welcome back some of their favourite players from years past, and celebrate poker achievement in the historic WPT Tournament of Champions.

The show will be anchored by Lynn Gilmartin for the third year while WPT regulars Vince Van Patten and Mike Sexton will continue as co-commentators. Tony Dunst, the 2016 Aussie Millions runner-up and member of WPT Champions Club will return for the sixth season to host the extremely popular segment ‘Raw Deal’.

WPT President and CEO Adam Pliskar said that the show has evolved and improved significantly during the past few seasons thanks to the efforts of its award-winning production team. He added that with the viewers liking the new changes that were introduced into the show over the last few seasons, the WPT tour programming has become a top-ranked show on FOX Sports Networks. Pliskar has promised that the team will continue focusing on delivering the best in gaming entertainment.

After the initial telecast on Sundays, the episodes are slated to be re-run throughout the week for the benefit of viewers who might have missed it. The coverage of the season on FSN starts with the stop of WPT Choctaw hosted at the Choctaw Casino Resort followed by WPT Legends of Poker and WPT Borgata Poker Open.

In May, the telecast of the spots of WPT bestbet Bounty Scramble and WPT Montreal will be done, followed by WPT Five Diamond World Poker Classic, WPT L.A. Poker Classic and WPT Bay 101 Shooting Star between June and early August. The final event, the WPT Tournament of Champions to be held at Seminole Hard Rock is scheduled for broadcast from August 14 – 28.

Amateur Poker Players Can Now Get Lessons From Chris Moneymaker 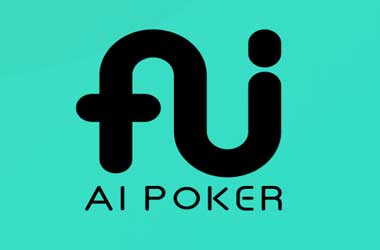