The World Series of Poker Circuit (WSOPC) is finally down to the last stretch of its 2018-19 season. The WSOPC series at Horseshoe Council Bluffs comes to a close today and there are now only three stops left before the season ends: a stop at Harrah’s Cherokee on April 10-22, WSOPC Horseshoe Tunica on April 25-May 6, with the final stop taking place at Harrah’s New Orleans on May 9-20.

Circuit grinders have now less than two months left to score more points, for a chance to take part in a freeroll tournament known as the Global Casino Championship (GCC), which will see the top performers of the latest WSOPC season come together once again to compete for a $1 million guaranteed prize pool. The event takes place at Harrah’s Cherokee and is scheduled for August.

Brooks Robinson, the Regional Vice President and General Manager of Harrah’s Cherokee, said the North Carolina casino resort has been among the top destinations on the WSOP Circuit, with three stops each year, in addition to the GCC. Robinson said it’s an honour for them to host the new season of the GCC, and they’re just as excited as the players for the championship event to kick off.

WSOP officials recently announced in a press release that this year’s GCC will take place on August 6-8, at Harrah’s Cherokee. The season-ending event will run simultaneously with a WSOP Circuit stop at the same venue, running August 1-12, which is part of the 2019-20 season. Harrah’s Cherokee is hosting the GCC event for the fifth year in a row.

The GCC features a $1 million guaranteed prize pool, with the winner also taking home a WSOP gold bracelet. There will be 132 automatic entries, and a $10,000 rake-free entry is available to last year’s WSOP Player of the Year as well as season ring winners.

With three remaining stops for the 2018-19 season, players can still move up the leaderboard but they’ll need to do it as fast as they can. Players in the top 50 are each entitled to an entry into the GCC, with a $500 travel allowance, along with three nights stay at Harrah’s Cherokee. 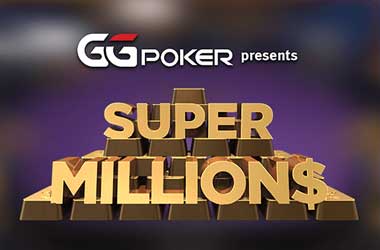