No longer is it only a Poker players bankroll that will be brought to the Poker tables, for many players are very superstitious when playing in a real life environment, and many players will bring some form of lucky mascot and will either have that mascot in front of them on the Poker tables, or will wear the mascot or will keep it safely tucked away in their pocket.

Whilst there are often very strict rules in play at many land based Poker Tournament in regards to what you can and cannot bring to the Poker tables, many organisers of these tournaments understand players will have some form of lucky mascot and will be quite liberal in regards to the rules they put in place regarding what can be placed alongside each player on the Poker tables!

Below are the top 10 lucky mascots many Poker players tend to keep somewhere close to them whilst playing Poker, whilst it is usually skill and a deep understanding of how the game of Poker works that will allow one player to win, sometimes Lady Luck and lucky mascots can play their own small part in securing a large chunk of the prize pool for some players! 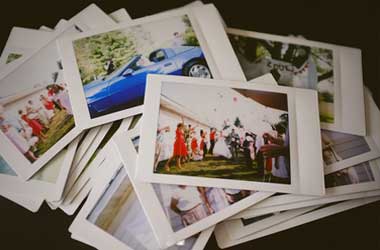 One lucky mascot often found on the Poker table are photographs of players’ wives, husband’s, children or loved ones.

We find this is a strange type of lucky mascot as for most people looking into the eyes of someone you care about may just put you off playing! 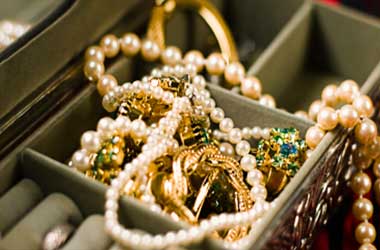 You will often find a player will place on top of or close to their cards a piece of jewellery that means something to that player.

It is worth remembering that a player may also tend to fidget or play with pieces of jewellery when they are playing and this could be a “tell” that they are holding a particularly strong Poker hand! 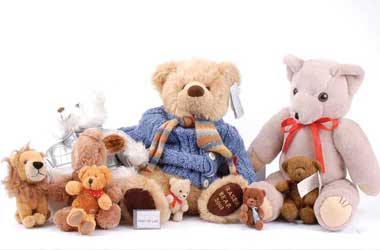 It is often quite amusing to look what some Poker players have brought with them and will sit alongside at the tables. Cuddly toys are surprisingly a very popular lucky mascot for many players.

However, these are usually the mini sized one and not a five foot tall Polar Bear type of cuddly toy that they may have won at an amusement park! 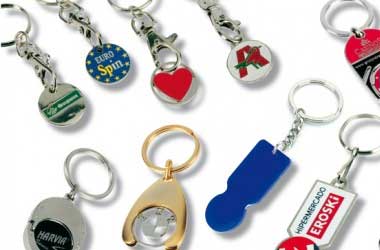 The easiest way to bring in a lucky mascot when playing Poker in a land based venue is to attach it to a keyring.

By doing so and maybe attaching it to your belt clip you will not be tempted to play with it when you are hoping to win a hand! 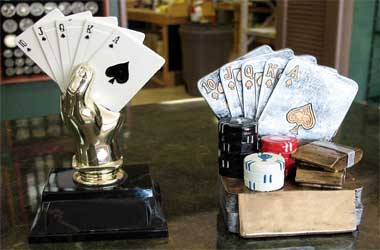 You will often come across some Poker players who are quite obnoxious or who like to boast about any previous successes at the Poker tables.

So do not be too surprised if you play against certain players who will have sat on the table in front of them a trophy that they have won in another Poker Tournament! 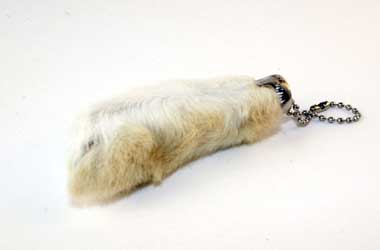 There was of course a time when many gamblers would almost religiously carry around with them when they were gambling a lucky rabbit’s foot.

Whilst this is becoming much rarer, you may occasionally come across a player who has one attached to his belt clip or placed n the Poker table directly in front of them! 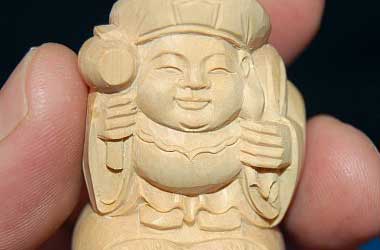 You can often find some whacky and bizarre mini statues placed alongside some Poker players, and these are there as that player or players believe those statues are going to bring them luck.

You will also find that some statues are there purely to annoy other players!

If you know one or more of your opponents hate a certain sports team or player for example then what better way to put them off their stride than by having a mini statue of that player or a member of the sport team they hate sat in front of you, facing them! 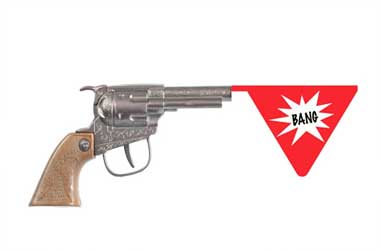 There will always come a time when you play against some type of Poker players who are angry or cannot control there temper when playing Poker in a cash ring table type format or in a Poker Tournament.

One way you can return any intimidation form those types of players is to have a toy gun in front of you!

Make sure however that the gun is obviously a toy, and should that player then irritate you with their irrational behaviour give them a zap with the gun! Just do not wind them up to the point where they go bananas though! 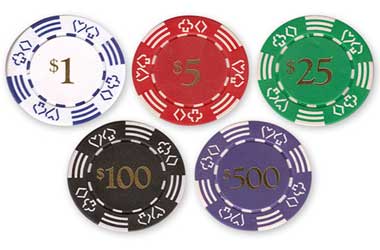 You are often not permitted to bring Poker chips of any type along to a Poker Tournament or Poker game, however if a player does have a lucky chip some venues will make exceptions to this rule.

However, should you have a lucky chip then try not and rub it or only touch it when you have a strong hand, as that is an obvious give away for players looking for tells from other players! 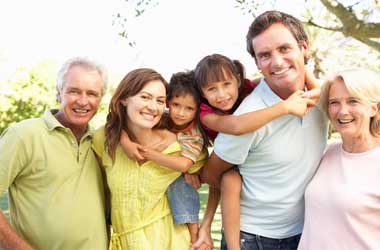 You are often go to find the wife, husband, girlfriend, boyfriend or partner of a Pokers player is going to be sat in the audience when that player its taking part in a major Poker Tournament.

However, this is not often the case for some players as a loved one in close proximately may put them off their game and may not bring them any luck and often quite the opposite!

Should you have a lucky mascot and are taking part in a land based Poker Tournament then always double check with the organisers of that event, just to be 100% sure that you are permitted to place that mascot on the poker table in front of you!

WSOP Should Look To Make Multiple Changes To Improve PHoF

Dan Bilzerian: Who Is He? Why Is He A Famous Poker Player?