One part of playing Poker that is very important is that you should never give away any type of “tells” when sat there playing your hand. Whilst many players can adopt their own unique Poker face, and never give away any hints on whether they are holding a strong or poor valued hand, some players will struggle to keep a straight face when they have a very strong or even a very poor valued hand!

This is why you will have probably noticed many Poker players have started to wear all manner of disguises when sat at real money land based Poker tables.

By having such a disguise in place it can often make it very difficult for your opponents to read your facial expression correctly, and may just give you a slight edge!

Below we have put together a listing of the most common Poker player disguises that you are almost certainly going to find some Poker players wearing when you next watch or take part in a Poker Tournament. Do consider getting one of these top 10 Poker player disguises yourself, more so if you have been known to give away little facial tells when playing! 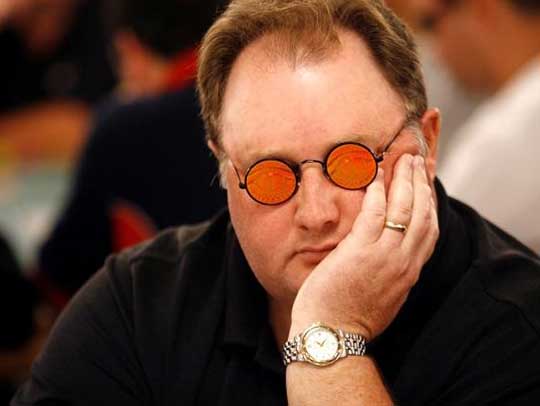 The way to a person’s soul is through their eyes, well that is what a lot of people tend to believe!

When you are playing Poker we guaranteed that you will come across players who are wearing sun glasses such as Greg ‘Fossilman’ Raymer, and they are not doing so as they suffer from light intolerance, they are wearing them to stop you reading their eyes when playing! 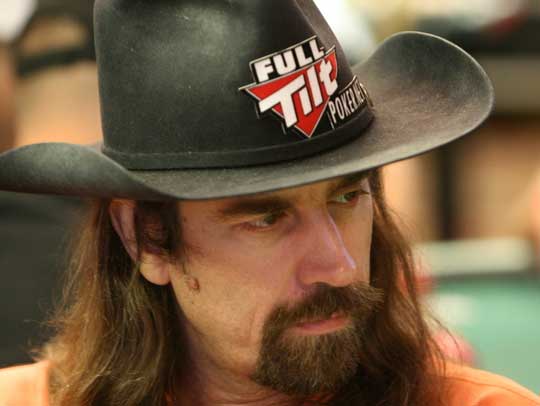 A baseball or in fact any type of cap or hat is going to be worn by many Poker players like Chris ‘Jesus’ Ferguson.

Whilst to many players this is simply a fashion accessory, there are some players who always can be seen with headgear on, and the reasons for his are several fold, but a large semi face covering hat or cap is usually being worn to stop them giving away any tells more often than not! 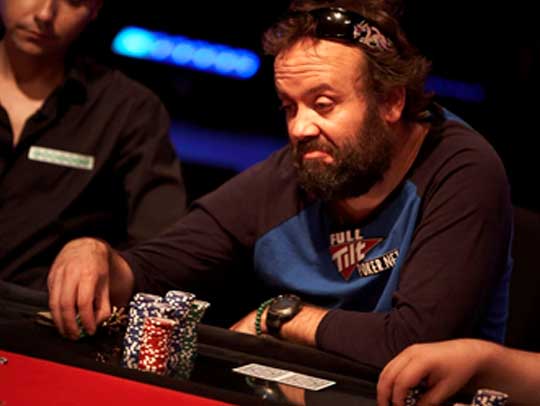 Whilst you are unlikely to be sitting around a Poker table with a fellow player who has a stick on moustache or beard.

You will often find some players do tend to overgrow their facial hair like Andy Black and will use it to disguise themselves and stop them giving away certain facial expression tells when playing in a real life Poker playing environment.

So be on the lookout for anyone who looks like Father Christmas! 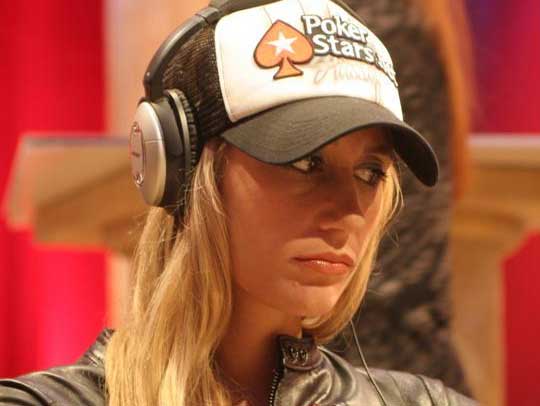 There can be nothing more off-putting when you are playing Poker than having the low pitched drone or hum of another players headphones being audible.

As they are not wearing it as a disguise they are often wearing them to distract you and your fellow players and opponents! 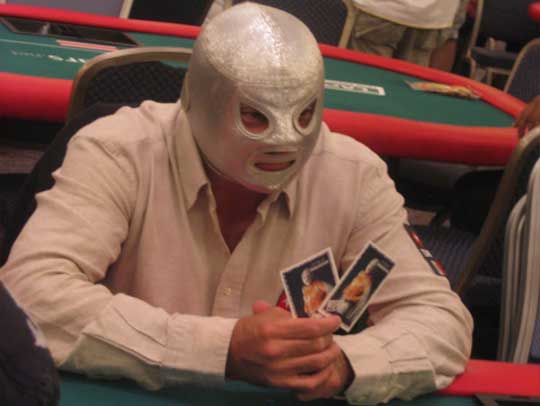 Whilst the rules of some Poker Tournaments may not permit players to wear full face masks but for ‘Son of Santo’ who was a wrestler they made an exception.

There has been the odd occasional in the past where no such rules have been in place on a Poker Tournament, and as such one or two players have appeared wearing outrageous face masks! If there is one way you are going to seriously confuse and put off other players it is wearing a face mask, and one that is designed around a face celebrity or politician for example! 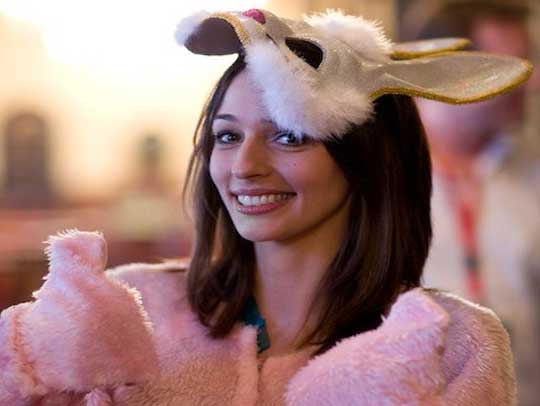 So people will go to any lengths to disguise the way they look at the Poker tables.

Do not be surprised if you find one of more players at a large Poker tournament come dressed in some form of costume.

This could be anything from an Indian Chief’s costume to something bizarre such as the Pink Panther, Batman or even as a Bunny outfit like Kara Scott did in 2008 EPT San Remo!

Some players who are successful will often find many online Poker sites are very eager to sponsor them, and as such never be too surprised if one or more players you are playing against will come dressed in clothing full adorned with a Poker sites logo like Leo Margets who is showing off 888 Poker!

You will often find if a player has won a direct entry into a major Poker Tournament then that player will come to the tables dressed in an outfit on which, from head to toe, the Poker site that sent them there is sponsoring! 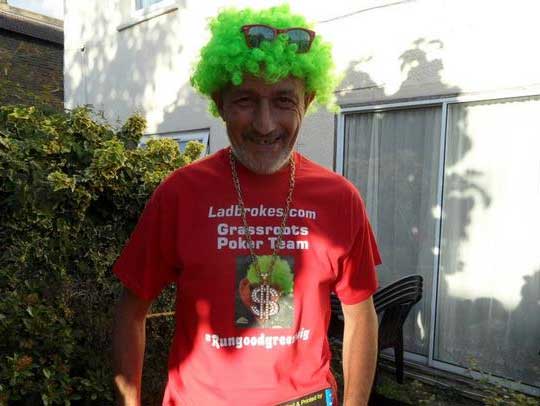 Imagine how off-putting and distracting it would be if you are sat at the Poker table and are faced with another player wearing some form of luminous wig like Alan Parsons!

Well that is always going to be a very real possibility when playing at some Poker venues or taking part in some Poker tournaments.

By having something on your head such as a brightly coloured or misshapen wig it is always going to throw your opponent off their game, and this is something you need to be on the lookout for when you next sit down to play.

If you can’t beat them, join them and get your own hideously coloured or designed wig!

You could, but it is very rare, find a Poker player has sent another player to take their entry into a Poker Tournament. Obviously you have to play off your own entry but determined or very experienced Poker players could train up their own proxy and pass on their skills to that other player!

The Poker playing environment is not all about hard faces, humourless Poker players sitting down and taking each other on. There is often a lot of respect and humour around a Poker table, and from time to time you will find one or more players will actually disguise themselves as one of their opponents and as such will come wearing the clothes usually associated with that other player or will wear a similar hat or jewellery as that other player!

New Poker Players Must Pay Attention To The Pitfalls Of Winning

Important Things to Remember When Shifting from Online to Live Poker