The live tournament scene in Las Vegas is slowly returning to normal with various properties already hosting major events. Among them is the Venetian which is currently running the latest edition of its popular tournament series the DeepStack Extravaganza.

Some of key stops in this series are two mid-major Mid-States Poker Tour (MSPT) stops which will give away $600,000 in combined guaranteed prize pools between them.

Players will kick off with 25,000 in chips, to be played in 40-minute levels. There are two starting flights running on November 13 & 14, and players are allowed to late register until 6:25 p.m. for each flight. A winner will be crowned on November 15.

The second stop will be a five-day affair, running from November 19-23. This time, the Main Event comes with a higher entry fee of $1,600, with $400,000 in guaranteed prize money up for grabs. The tournament features 30,000 in starting chips, with blind levels running 60 minutes. Players can enter via three starting flights taking place on November 19-21, with late registrations allowed until 1:15 p.m. on Day 2, November 22.

The Venetian poker room is currently implementing enhanced safety measures to prevent the spread of COVID-19. Each table can only accommodate eight players, separated by plexiglass dividers.

All participants are required to wear a face mask and must sanitize their hands before the start of the tournament. Dealers should do the same when they enter and leave a table. Cards are replaced every two hours, and the plexiglass barriers are also cleaned every time a new player comes in.

Since its launch in December 2009, the MSPT has grown to become one of the most well-attended poker events in the US, holding multiple stops each year.

Season 11 of the MSPT kicked off in early March, but it needed to be cut short as a result of the COVID-19 pandemic. Action resumed in August at Grand Falls Casino, with its $1,100 buy-in Main Event attracting a record 518 entries.

This year alone, the MSPT is dropping by the Venetian twice. It first visited the venue at the end of January when it hosted the fourth edition of its Poker Bowl. The tournament pulled in a total of 1,093 entries, creating $1,060,210 in total prize pool. It was won by Bob Whalen for $100,682.

Next year, the MSPT is planning to return to the Venetian to kick off Season 12, most probably during the first week of January. 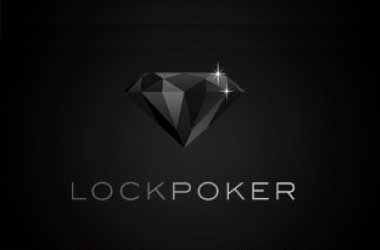