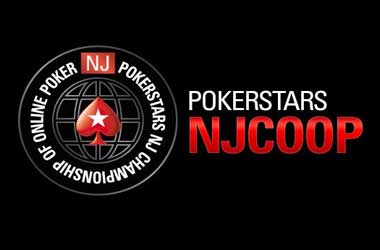 The PokerStars New Jersey Spring Championship of Online Poker (NJSCOOP) is just around the corner! Taking place on April 11-27, the series features a whopping $1.2 million in total guarantees, spread across 96 events.

The schedule features a mix of 48 different tournaments, each played in two levels – high and low.

People can look forward to a wide range of formats, which include the traditional no-limit Hold’em, Omaha, Seven-Card Stud, Mixed Games, Deepstack tournaments, 3-max, 4-max and 6-max, as well as progressive knockouts, with buy-ins starting from as low as $5, all the way up to $1,000.

The main highlight of the series is the $300 buy-in Main Event which features a guaranteed prize pool of $100,000. It takes place on April 26. Last year, the event was taken down by Anthony “FlawlessBINK” Maio after outclassing a field of 254 entries to win almost $25,000 in top prize.

The schedule also has something in store for New Jersey high-stakes poker players and fans, with a $1,000 buy-in High Roller 6-Max running on April 21, featuring $45,000 in guarantees.

PokerStars wants to make sure the series caters to as many players as possible by running freerolls. Players can take part in a $9K-guaranteed Main Event Depositor Freeroll taking place on April 9, where they can win a seat to the $300 buy-in Main Event. Up to 30 Main Event seats are up for grabs.

In addition to that, PokerStars will also host a number of $1,000 Second Chance All-In Shootout Freerolls taking place daily. Players who fail to finish in the money will automatically qualify for these freerolls. The shootout format also does not require players to be online in order to take part.

There will also be special edition Spin and Go’s running throughout the series. For as low as $3, players get the chance to win exciting prizes.

Last year, the NJSCOOP May schedule was made up of 82 events, which means the series has been expanded this year with 14 additional events. It is also worth-noting PokerStars upped the total prize money on offer this year by one million dollars!
For further details, check out the PokerStars website.