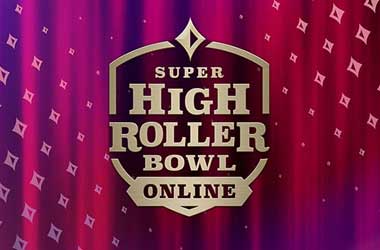 The highly popular Super High Roller Bowl (SHRB) from Poker Central has become the latest major real money poker event to be moved online due to the ongoing coronavirus pandemic.

Poker Central announced its decision to hold an online edition of the ultra-high-stakes tournament just this week, following the massive success of Poker Masters Online which ran on partypoker from April 12 – 26.

Greek poker pro Alexandros Kolonias walked away with the highly-coveted Purple Jacket, plus an extra $50,000 cash prize, after scoring 11 cashes throughout the series.

Poker Masters Online was able to smash its initial $16.5 million guarantee after it eventually paid out around $35.4 million in total prize money to winners. The series came to an end just days ago, but Poker Central’s J.R. McCabe said they need to keep things going and continue the momentum at the virtual felts, and running another major online series in less than a month would help them achieve that goal.

Unlike previous editions, the upcoming SHRB Online will not be held as a standalone event. Rather, it will take place as part of a series of online tournaments which will run from May 23 – June 2, at partypoker. The series will feature $20 million in combined guarantees, which will be awarded across 28 events, including the nosebleed-stakes tournament.

The series features entry fees ranging from $10,000 to $100,000, with every event running for two days. There will also be a leaderboard, and the player leading the race after the first 27 events will be declared as the series champion, and will automatically qualify for SHRB Online.

McCabe said their partnership with the world’s second-largest online poker site partypoker has enabled them to continue to provide the best poker experience to players and fans, at a time when live poker has been put to a halt. Tom Waters of partypoker said they remain committed to offering an alternative platform for players so they can continue doing what they love during this time of increased caution.

SHRB is owned and operated by Poker Central and has been held in different locations around the globe since 2015. Past winners of the tournament include Brian Rast, Rainer Kempe, Christoph Vogelsang, Justin Bonomo, Isaac Haxton, Cary Katz, Daniel Dvoress, and Timothy Adams.