Stories from the Felt airs on Poker Central’s PokerGo and looks to tell the stories of the most prominent poker personalities, events and activities that take place on the global poker scene.

In a statement, Joe Kakaty, president of Poker Central, said

We’ve brought together some of the most remarkable, little known poker stories and interviewed the characters behind them to bring poker’s lore to life. The captivating tales of Stories from the Felt offer our subscribers a glimpse into poker only few have ever seen

The first episode titled ‘The Legend of Bobby’s Room’ premiered on December 4 and featured the story of the legendary poker room located in Las Vegas. The episode featured interviews with Eli Elezra, Nick Schulman, Todd Brunson, and Jennifer Harman. Episode two is titled ‘The Big Reveal’ and tells the story of how the hole cam started and how it evolved to become televised poker.

Episode four is called the ‘Wake-up Call’ and shares the inspiring story of Greg Merson and his battle against drug addiction during his journey to winning the 2012 World Series of Poker (WSOP) Main Event.

Poker Central released the last two episodes on December 8. The fifth episode called ‘The Mayfair Club’ visited the infamous cardroom in New York and its roots as a bridge and backgammon club. Episode six called ‘Wild Cards’ focused on a number of people both on and off the felt to answer some of the most intriguing and frequently asked poker-related questions.

According to Duncan Skiles, director of Stories from the Felt, his goal for the series was to put a fresh take on old stories. Compared to Pokerography, one of PokerGo’s earlier shows, Stories from the Felt places the emphasis on events and places instead of focusing too much on the individual. 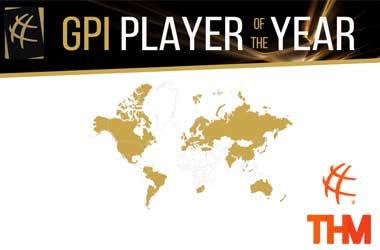