Jamie O’Connor emerged victorious at the recent GCOOP III, an online poker tournament held at Grosvenor Poker. He won the “Player of the Series” award which earned him a Grosvenor UK Poker Tour (GUKPT) package worth £12,000.

Grosvenor chose the winner based on the GCOOP 111 leaderboard rankings. O’Connor was at the top of his game in four of the scheduled events, winning three GCOOPs and finishing as runner-up in the fourth event. He recorded 750 points for his excellent performance, ranking first on the leaderboard.

His closest rival Tommy “Azul” Le, a GUKPT regular, was 125 points away and finished in second place.

There are some players who do well at certain tournaments and O’Connor and the GUKPT seem to have that relationship.

O’Connor has also had a good run in previous GUKPT events. In October 2012, he won the GUKPT Luton title that banked him £45,760. During last year’s GUKPT Grand Final Main Event, O’Connor earned a career-best £72,000, and finished in second place.

O’Connor has earned over $3.2 million from online poker tournaments, while his live tournament earnings currently stand at more than $470,000. O’Connor, who is called “Boz” by his friends, can now take part in all events spread across the 2019 GUKPT tournament for free.

Grosvenor Poker has also listened to feedback from players and will now feature an online day 1 for all of the eight GUKPT mini main events, meaning players will not have to travel to the venue on the first day as they can take part from the comfort of their own homes or also play on the go via the Grosvenor Poker mobile app. 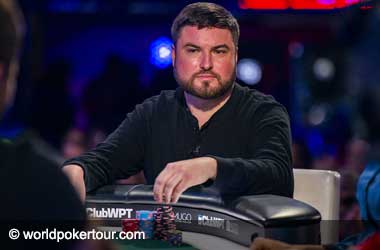