The European Poker Tour (EPT) Open will once again take place in Sochi, Russia! The popular festival is set to return to the Russian city this October 4-13, with a jam-packed schedule that’s expected to draw huge attendance.

The tournament begins with two events on October 4. Players can take part in the RUB23,100 Pot Limit Omaha and two starting flights for No Limit Hold’em Weekend Deep Stack which has an entry fee of RUB18,200.

An RUB 8,050 Satellite to Event 4 will also be running on the first day of the festival. The schedule also features other formats like Bounty and Deepstack, with the Moneymaker Tour also dropping by to give away Platinum Passes to the highly-anticipated PokerStars Players No-Limit Hold’em Championship (PSPC) taking place in 2020.

Another major event on the schedule that’s expected to attract attention among high-stakes fans is the two-day EPT Open Sochi High Roller happening on October 12-13. The event, which has an entry fee of RUB252,000 (approximately $4,150), was taken down last year by China’s Wang Meng. The Chinese pro bested a field of 57 entrants and engaged in a three-way deal with Alsandras Voisnis and Sergey Nakhapetyan to take home the top prize of RUB3,504,000 ($53,350).

Adding excitement to the tournament is the RUB10,500 buy-in Moneymaker’s Road to the PSPC running on October 11-13. On top of the first-place prize, the winner will be awarded with a PSPC Platinum Pass, which includes the €22,500 buy-in to the PSPC 2020 event, six nights’ hotel accommodation for two in a luxurious five-star hotel, bespoke PSPC merchandise, airport transfers, an extra €1,250 for other expenses, and a memorable holiday getaway to Barcelona.

PokerStars will also be hosting a number of events away from the felt. A Players’ Party will take place on October 11, featuring free bar and live music that will keep players up all night. Players will also be given the opportunity to meet Chris Moneymaker in person on October 11, as well as popular Russian TV presenter and sports commentator Dmitry Guberniev on October 12.

Among other off-the-felt activities during the festival is a bowling competition on October 9, and karaoke night on October 12. 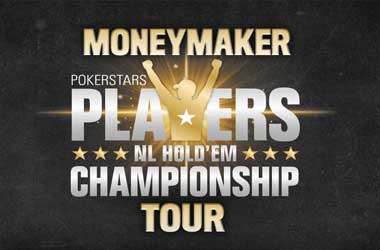 2-7 Draw Lowball Events Not Popular With Players At WSOP