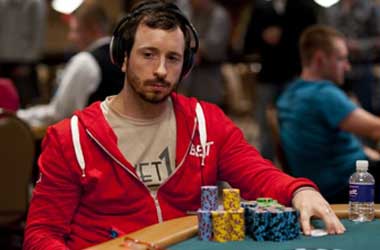 Brian Rast said he did not play a lot of poker during the last year and a half due to the pandemic. He decided to play at the 2021 World Series of Poker (WSOP) because he knew how competitive the action was at the tables and he wanted to get those competitive juices flowing.

The high stakes poker pro said that while he usually plays high stakes events, he thought it was a good opportunity to put down the $3,000 buy-in and have a crack at this Texas Holdem event as the first place payout was pretty high.

Even though the money for the first place finisher was good, Rast admitted that it was the opportunity to compete and play against tough players that helped him decide to play this event. He did well along with another 20 players who made it was Day 1 into Day 2.

The success on Day 1 was enough to get his confidence in the right place and it did not take him long to prove why he is one of the best poker players in the world. Rast who has over $20 million in prize money, made the final table and then ran through the rest of the players to take the first prize.

Rast Wants To Cement His Legacy

Rast was very transparent after his win and said that he did spend time thinking about his poker legacy. He admitted that one of his goals was to enter the Poker Hall of Fame (PHoF). The 39 year old wasn’t eligible to get a vote during this year’s WSOP PHoF nomination process as ayou have to be over 40 to qualify. Rast turns 40 in a few weeks and hopes to be one of the nominees for the 2022 PHoF.

Doug Polk Lashes Out at GPI For Exclusion From GPA Nominations