BetMGM Poker has returned to the leading position in the newly-opened regulated online poker market in Ontario.

Based on the latest cash game figures released by GameIntel, BetMGM Poker regained the top spot from PokerStars in the week starting August 1, recording an average of 212 concurrent cash game seats.

As a result, the operator now holds 47% of the market, its strongest performance by far since it launched in the Canadian province back in April. It also marks the highest single weekly number recorded by any operator since Ontario’s online poker market went live four months ago.

BetMGM has retaken the lead following the conclusion of PokerStars Ontario’s inaugural series, the Online Platinum Series. The festival featured an ambitious $1 million guarantee and was generally successful, though multiple tournaments – 30 of the 90 scheduled events – suffered overlays.

Traffic on PokerStars Ontario grew while the series was taking place, but subsided as soon as the festival wrapped up. That benefited BetMGM which saw its cash game numbers rise to 212, a week-on-week jump of 8%.

As the race to dominance continues in Ontario, the market is also growing. The arrival of PokerStars boosted the numbers as Ontarians playing on its global client have been officially migrated to the Ontario platform upon its launch. At the moment, there are nearly 450 concurrent cash game players across the three online poker networks operating in the province. That compares to the 160 average seats before PokerStars joined the market.

BetMGM is running under one network with sister brands bwin and partypoker Ontario, while 888poker also runs its own site in Ontario and is in the third spot, attracting between 35 and 40 cash game players. The operator’s market share has remained the same since its launch.

Ontario’s online poker market may just be four months old but it has already surpassed all US online poker markets in terms of market size. Ontario currently attracts almost 450 cash game players, well above Pennsylvania’s 320 and Michigan’s 273. Ontario is now even bigger than the multi-state network in New Jersey, Nevada, and Delaware which has recorded 382 concurrent cash game seats.

But this is just the beginning. The Ontario market will expand further as operators ramp up their marketing efforts. Plus, a new player is expected to join the market, WSOP.CA which will operate using the GGPoker software.

Triton Poker To Heat Up The Poker Action In South Korea 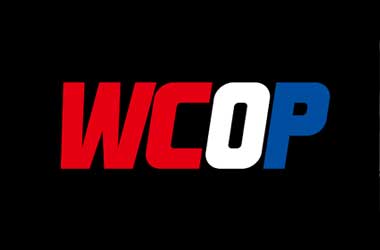