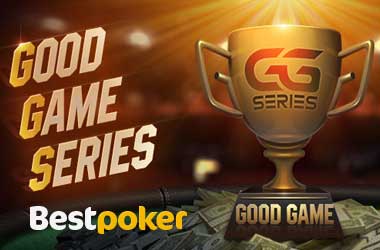 BestPoker which runs on the GGNetwork recently released the schedule for the first ever ‘Good Game Series‘ (GGS) which features 129 events over a period of two weeks. GGS is set to take place from Nov.18 to Dec. 2, and offers $3.5 million in guaranteed prize money.

‘Good Game Series is GGNetwork’s first online tournament series which caters to all tournament players – low stakes to high stakes as there are buy-ins ranging from $10 to $25,000. The festival features a $200 Daily Main Event with guarantees of up to $500,000. The buy-in will increase to $500 on the first two Sundays, with $100,000 in guaranteed prize money.

There is non-stop action during the festival with 129 events on the cards. Some of the exciting events to watch out for during the festival are the $500 GGS Championship with $250,000 in guarantees that takes place on Dec 2, as well as two major events taking place on the final day – the $5,000 GGS High Roller carrying a guaranteed prize pool of $250,000 and the $25,000 GGS Super High Roller with $500,000 in guarantees.

The festival will also run a number of satellites and sub-satellites to events with buy-ins starting from as low as $1. All in all, there will be 568 satellites as well as 377 unique satellites with a combined $228,500 in guaranteed GGS tickets up for grabs.

The satellites are divided into five categories which include the Super Satellites featuring slow structures with multiple tickets to GGS events, the Satellites which will follow standard structures and will start two hours before the target events.

Players also have the chance to take part in the GGS for free. BestPoker will host a Daily $2,500 Giveaway tournament every Monday through Saturday in November. The top five finishers will be awarded $200 GGS tickets, with the next 100 getting GGS tickets as well $5 – $50 worth of GGS satellite tickets.

The action intensifies on Sundays as BestPoker holds an $8,000 Giveaway tournament on the first three Sundays of November. GGS Championship tickets worth $500 will be awarded to the top five winners. GGS tickets and satellite tickets ranging from $5 – $200 will also be given to the next 135 finishers. 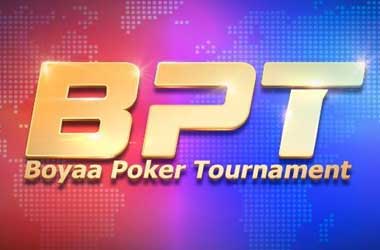