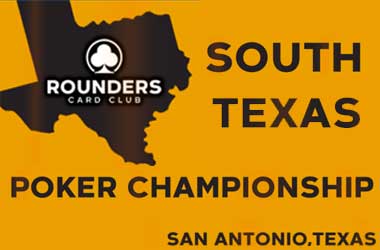 There’s major live US poker action scheduled to take place in San Antonio Texas in November, courtesy of the Rounders Card Club. The poker room will host a huge festival named the “2022 South Texas Poker Championship” which takes place from November 7-21, 2022. The series features 10 events with over $1.5 million in combined guarantees.

The festival is designed for players of all levels, with entry fees ranging from $25 to $1,400. The series culminates in the $1,400 buy-in South Texas Main Event which comes with a massive $1,000,000 guarantee. The tournament has a total of eight Day 1 flights which get underway on November 16, with the final flight played as a turbo.

Surviving players will combine for Day 2 of the tournament on November 20 and they will battle it out until a final table is reached. The finale takes place the following day, November 12, and Rounders Card Club will live stream the action.

Players should also consider taking a shot at Event #4: Big Texas which costs $400 to enter and guarantees $300,000. The tournament has eight starting flights which kick off on November 10. Just like the Main Event, the Big Texas final table will also be live streamed.

Rounders will also be running cash games simultaneously with the series so players have plenty of options to play and improve their poker game. Some of the biggest $1-$2 and $1-$3 NLH games are available at the venue which is good news for cash game regulars.

Rounders Card Club makes for a great venue for major festivals such as the 2022 South Texas Poker Championship. The members-only social club located in San Antonio, Texas houses 35 poker tables, with other amenities also available, such as a coffee shop, restaurant bar and grill, masseuse service, lounge area, and golf simulators. There are also lots of TVs around the venue.

For those who want to register as members of the club, you have three options: you may opt for the daily membership at $5 per day, or go for the monthly package at $50 a month, but if you want more savings, consider the annual membership which costs $500 per year.

For the full schedule of the 2022 South Texas Poker Championship, you may visit the Rounders Card Club website or its social media channels. 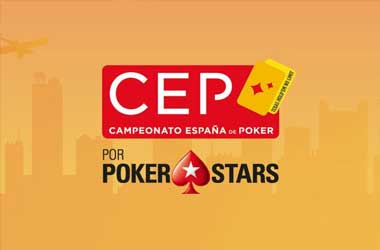