Mike Sexton, the voice of the World Poker Tour (WPT), chairman of partypoker and Poker Hall of Fame (PHOF) inductee, is currently receiving hospice care due to prostate cancer. Based on his present condition, things are not looking very good for Sexton. Rumors of Sexton’s deteriorating health initially circulated on Twitter a few days ago when some of his friends revealed that he was very ill.

The 72-year-old has been notably absent from Twitter since August 22, which is very unusual as he has always been active on the social media platform. On September 1, the poker community woke up to the news that Sexton is battling prostate cancer and is terminally ill.

Worrying details about his health later surfaced after his friends paid tributes to him, highlighting his remarkable character and huge contributions to poker.

Linda Johnson, Sexton’s good friend and co-inductee to the PHOF, eventually divulged his true condition in a tweet which she said Sexton had authorized. According to Johnson, the former WPT commentator has been battling advanced prostate cancer and has been in hospice care for several weeks now. The poker legend kept his condition private because he only wanted to spread positive news.

In a series of well-wishes posted by a number of poker pros and fans who look up to him, Sexton is remembered as someone who is “universally loved” and who has helped bring poker into the mainstream.

The Indiana native has found great success as a poker player, but he has also done a lot of great things off the felt. He sat at the broadcast booth of the WPT alongside Vince Van Patten for 15 long years, and helped create the partypoker online poker site. He was also the brains behind the prestigious Tournament of Champions.

Sexton is widely considered one of poker’s greatest ambassadors who has influenced and touched so many lives. His legacy is irreplaceable and will forever remain long after he’s gone. 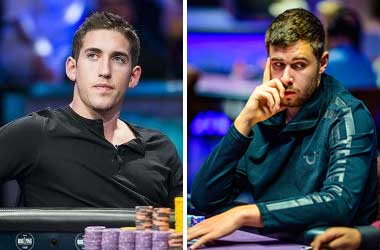