Poker Brothers Are 25 Lbs Away From Winning $150K Prop Bet

Poker Brothers Are 25 Lbs Away From Winning $150K Prop Bet 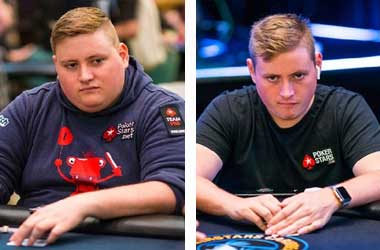 Close to one year after poker pro brothers Jaime and Matt Staples took on Bill Perkins’ weight loss bet, it looks like the Staples are poised to win the $150,000 prop bet. Perkins who is known for coming up with outrageous prop bets challenged the brothers back in March 26, 2017 to a unique bet had had odds of 50-1.

The bet was made during a poker tournament called ‘Streamboat’ which was played in the Caribbean waters and streamed via Twitch. During the event, an anonymous viewer left a comment that asked what the odds were of brothers Jaime and Matt weighing the same in the same year. When the question was raised, the 26 year old Jamie who is an ambassador of PokerStars weighed 304 lbs and his brother Matt who was 21 at that time weighed in at 134 lbs.

Perkins was quick to pick up on the idea and offered $150,000 to the brothers if they managed to weigh in the same weight before 12 months had passed. If they won the bet, they would win $150,000 but if they ended up losing, they would have to pay Perkins $1,500.

Just booked the craziest bet of my life. @PokerStaplesPA and I need to get within 1 pound bodyweight in one year. Our 3K to @bp22 150K

With less than two months to go before the final weigh-in, Jaime shares that he has already lost more than 100lbs and is now only weighing 208.8 lbs. As of his last #ultimatesweat update on Twitter, he is 25.6lbs away from his brother Matt who has currently bulked up to 183.2lbs.

Jaime’s journey has been particularly difficult since he has always turned to food for strength. In a statement, he said,

Food has always been a difficult thing for me. I’ve relied on it when having tough times and turned to it when I’m celebrating. I’ve had a difficult relationship with food since grade school. Now, I had to learn to cope with normal things and not turning to food as a crutch anymore

According to Jaime and Matt, they have long stopped doing the challenge for the money—although Jaime says that the $150,000 prize will go a long way to help them stay on the move around the world. For him, his main driver now is to win against the people sending tweets every day discouraging them and telling them they will fail in this challenge.

Bill Perkins has been rooting for the brothers since day one. When he made the bet, Perkins wanted to have a bit of fun but on seeing the effort put in by the brothers and the health and happiness it has brought them, Perkins is happy to lose for a good cause. 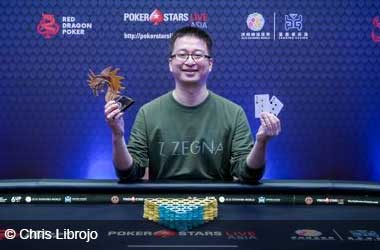