Partypoker recently released the schedule for Powerfest – its popular online poker tournament that is scheduled to take place from Sept. 3-24. Players are excited as the Powerfest series will have $35 million in guaranteed prize money and a total of 330 events.

Initially named as Pokerfest, the tournament series was launched in February 2016 with $5 million in guarantees. A second round was held in May 2016 featuring $7.8 million in guaranteed prize pools, followed by another series in September which saw the guarantees go up to $10 million.

So far in 2017, partypoker has held one $11 million Powerfest in January and another one with $20 million guaranteed in May The $20 million Powerfest in May was highly successful with over $27 million paid out to players. Nearly $3 million was given out in a $25,500 buy-in Super High Roller event that attracted a field of 129 people. The largest first prize winnings netted in the tournament amounted to $660,067. There were more than 3,00,000 players across 105 countries that participated in the series.

The Super High Roller is scheduled to make a return in this edition and once again offers a guaranteed prize pool of $3 million. This Powerfest series is expected to attract several of partypoker’s celebrity ambassadors including Sam Trickett, Patrick Leonard, Dzmitry Urbanovich and Joao Simao.

Numerous satellites are being held currently at the partypoker site for Powerfest events. These satellites will continue to run in the lead up to the series enabling players to get inton events with minimum stakes. There are 12 Championship events being planned for the Powerfest series, with 10 of them having over $1 million in prize pools. A few are multi-phased where players can play many Phase 1’s or directly enter the final day’s play.

The $109 buy-in Ladies Event is a brand new event being introduced and is open to women players alone. The event will be held on Sept 24 and comes with a $10,000 guarantee. Further details regarding the Powerfest is to be released at a later date. 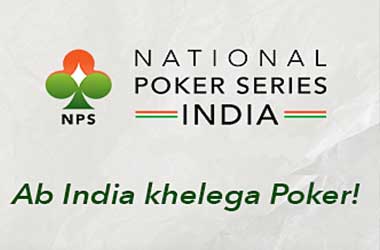