GVC Holdings have reported strong revenue figures for the third quarter and the first half of the current financial year. The parent company of partypoker attributes this success to investments in poker, a focus on the local market and enhancing player experience.

This comes at a time when industry watchers have been predicting a general decline in the poker market. Though absolute numbers are not available, the released figures show that gaming revenue for partypoker has grown substantially from first deposit amounts, total deposits and gaming revenues.

Significant growth is reflected in first-time deposits that grew by 35 percent in the first half as compared to the same period in 2016. Impressive growth has also been recorded in net gaming revenue that registered a growth of 32 percent in H1 vis-à-vis 2016 and an impressive 47 percent growth in Q3 figures.

In a statement GVC CEO Kenneth Alexander expressed overall satisfaction with the progress and said,

A combination of factors are behind the impressive growth including product development, increased marketing, localized market focus and improved player experience. A combination of high-quality talent, proprietary technology, and proven brands are key components driving the business forward.

At a time when there has been significant consolidation in the sector, like the acquisition of 32Red by the Kindred group earlier this year, partypoker has differentiated itself with innovative strategies. Instead of just linking up poker pros to sponsorship deals, they have focused on signing up celebrities like Kevin Hart who has an extensive social media reach.

Partypoker can leverage Hart’s massive fan base and use the power of social media to reach a wider market audience.

partypoker has also upped its game by focusing on the high stakes online gaming scene. The launch of $25K tournaments have attracted top-notch professionals and the weekly Omaha game has been gaining all the attention, attracting players like Sam Trickett, Tony G, Leon Tsoukernik and many others. The live offerings have also been picking up attention with guaranteed $1 million events being held across the globe. Professionals are thrilled. Poker pros like Mike Leah have been delighted with these big guarantees and said that he would have an eye on these events when planning his future travel schedule.

Industry observers like PokerIndustryPro predict that with the stronger revenues, partypoker may soon overtake 888poker as the second largest poker provider in the European market. This substantiates the conviction that GVC CEO holds of increased benefits accruing through the second half of this year and the confidence of holding on to the growth trajectory. 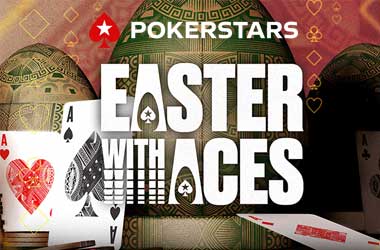