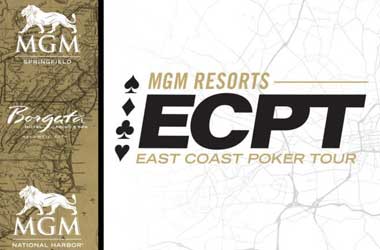 A brand-new poker tour is making a debut this year, courtesy of three industry-leading properties that come under the popular MGM brand. The MGM East Coast Poker Tour (ECPT) is made possible through a three-way partnership between MGM Springfield, MGM National Harbor and Borgata.

The tour will kick off in February and will have five stops, starting off with the Potomac Winter Poker Open at the MGM National Harbor on February 5-17.

The action then returns to the MGM National Harbor for the Potomac Summer Poker Open on July 22-August 3. The final stop will be The Armory Classic at MGM Springfield on August 12-24.

The tour also features a leaderboard with prizes on offer for the top finishers. Players can earn points by taking part in any of the five qualifying events at MGM National Harbor, Borgata and MGM Springfield. The points are calculated based on the buy-in, field size, and the player’s final placement in any event he or she participates in.

For every $50 in buy-in, the player receives .25 points, and if the number of entries reaches at least 25, entry points will also be given to the player. Those making the final table of any qualifying event also earn extra points.

Here are the perks awaiting the successful participants:

The top 90 players on the ECPT leaderboard will be awarded with a Championship package worth $3,500, which includes entry into the Borgata Fall Poker Open/ECPT Championship on November 15-20, plus complimentary overnight accommodation. Other prizes on offer are $500 worth of MGM promotional gift cards, a Cartier watch valued at $,2500, as well as $250 room credits.

The leaderboard will be updated regularly, according to the results of each qualifying event. The final standing will be revealed on August 25, 2020.

BorgataPoker.com will also be hosting online qualifiers for the venue’s Spring and Summer Poker Events.

Jorge Perez, MGM Portfolio President, said the new tour coincides with their main goal of showcasing the MGM properties, while at the same time providing an exciting tournament series for poker players and guests. 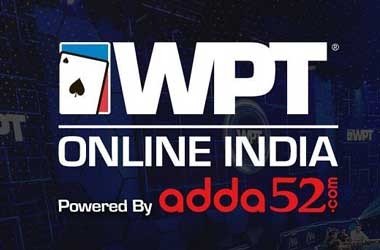