Kahle Burns Claims His Second Bracelet At This Years WSOPE

Kahle Burns Claims His Second Bracelet At This Years WSOPE 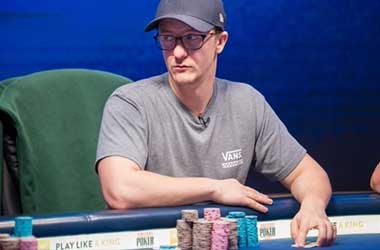 The 2019 World Series of Poker Europe (WSOPE) is definitely something Kahle Burns will remember for the rest of his life. Within a week of capturing his maiden bracelet, the Australian poker pro managed to win a second one for taking down Event #13: €2,500 Short Deck for €101,843.

Burns outclassed a field of 179 entries, despite lacking experience in the Short Deck format to secure his second title of the year. His latest victory comes just days after also winning the €25,500 Platinum High Roller for a cool €596,883 as first-place prize. Burns now joins the poker elite club, comprised of multiple bracelet winners.

The Short Deck format, also known as Six-plus Holdem, is a stripped down version of the traditional Texas Hold’em where all of the deuces to fives are removed from the deck. The variant has gained increasing popularity over the last few years due to its fast-paced nature, and is featured in major tournaments worldwide. It usually carries a five-figure buy-in, but this year’s WSOPE introduced a more affordable entry price of €2,500, making it accessible for mid-stakes players.

A total of seven players made it to the final table, with Burns holding the chip lead. The first player to be eliminated was Belgian pro Pierre Neuville after losing out his flopped trips to Manig Loeser‘s turned straight. Neuville earned €10,939 for his 7th place finish. Israel’s Oshri Lahmani was the next to go in 6th place for €14,764.

American player Vladimir Peck went all of his remaining chips in with 9d8d, against Burns’ JdJs, but his cards failed to improve as the hand progressed, and he eventually landed in 5th place for €20,444. Italy’s Federico Anselmi engaged in an all-in battle with AhKc against Schulze’s Ad10s. But his bid came to an end after his German opponent picked up a full house on the river and Anselmi finished in 4th place to win €29,027.

Schulze soon followed Anselmi to the payout desk after going all-in with 9h8h against the eventual champ’s 10c8c. The board gave Burns a straight, enough to finish off Schulze in third place for €42,233.

Burns had to overcome another German player in Manig Loeser to secure the win. He held his composure till the end and his previous WSOP bracelet win, gave him the confidence he required to make it two big wins at the 2019 WSOPE. Loeser earned €62,929 for his second place finish! 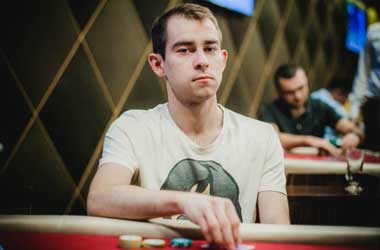