The Grosvenor UK Poker Tour (GUKPT) has returned to one of its most popular and busiest stops – Luton. The action has just kicked off on May 26 and will run for nearly two weeks, up until June 5. It is the fifth stop in the 2022 GUKPT schedule.

The series opened with the £560 buy-in GUKPT Midi Main Event, the newest addition to the GUKPT schedule. The tournament is a four-day affair that features three starting flights and crowns a winner on May 29. The inaugural GUKPT Midi Main Event took place at the London stop earlier this year and it was won by Alexios Zervos for £77,910.

Next up is the GUKPT Mini Main Event, a staple tournament of the tour that has consistently attracted huge fields over the years. The £250 buy-in, multi-flight tournament runs from May 29 to June 1. The latest winner of the GUKPT Luton Mini Main Event was Bhavin Khatri who secured a £35,000 payout following a three-way deal with Amanpreet Singh (2nd, £32,000), and Daniel Peacock (3rd, £26,310).

As with the other stops in the GUKPT calendar, the Luton series culminates in the £1,250 buy-in Main Event. Players may get in via three Day 1s running from June 2-3, with the finale taking place on June 5.

David Docherty could be in attendance to defend his title. He won the 2021 edition for £138,000 after outlasting a 513-entry field and navigating his way through a final table comprised of prominent names, including Dominik Nitsche, Lee French and Leon Campbell.

The Luton stop was present in all past 15 seasons of the GUKPT (except for Season 14 in 2020 which was ultimately cancelled due to COVID-19) in the UK.

The first-ever winner of the Luton Main Event was Dave Clark who walked away with £107,300 as top prize after topping a field of 314 entries.

One of the world’s top poker pros Sam Trickett was also among the past winners, and so were Richard Gryko, Neil Channing, Jamie O’Connor, William Davies and John Eames. 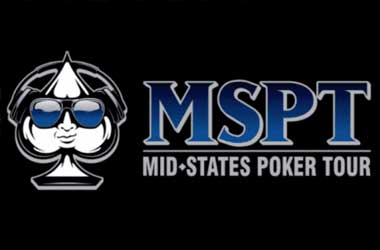