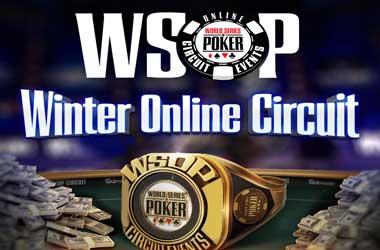 Just when you think things couldn’t get more exciting over at GGPoker, the operator has announced another massive online tournament series, in partnership with the World Series of Poker (WSOP).

Both brands are joining forces once again for the upcoming “WSOP Winter Online Circuit Series“, which comes with an astonishing $100 million guarantee!

The upcoming festival will take place from December 13, 2020 to January 10, 2021, featuring hundreds of events. The series is headlined by 18 Gold Ring Events offering more than $30 million in combined guaranteed prize pool.

The tournament will cater to international players who have access to GGPoker’s global player pool.

The “WSOP Winter Online Circuit Series” will culminate in the $1,700 buy-in Main Event, which is set to give away $10 million in guaranteed prize money. It will be played as a phased tournament, with multiple Day 1s kicking off on January 4. Those who survive the initial flights will move forward to Phase 2 on January 10, and will battle it out until a final table is reached. Dubbed the “biggest $1K of all time“, the Main Event will crown a winner on January 16.

Those who can’t afford the $1,700 buy-in can take part in a mini version of the Main Event, which costs just $170 to enter. The Mini Main Event will precede the bigger buy-in Main Event, with $2 million in guarantees up for grabs.

Some of the other key events to watch out for are the popular Big 50, which features a massive guarantee of $1 million, for an entry fee of only $50. It will open the series on December 13, but multiple starting flights will kick off earlier on December 7.

The schedule also includes plenty of $100K GTD Deepstack Bounty Hunter events, as well as a number of Monster Stack tournaments guaranteeing $50K. High-stakes fans would not want to miss the $10,300 buy-in Super MILLION$, which comes with a whopping $5 million guarantee.

Medium and high-stakes players will have a wide array of events to choose from, but those with smaller bankrolls aren’t left out either, as they too can take a shot at decent prizes for affordable buy-ins.

The WSOP Winter Online Circuit Series also features a Series Leaderboard which will give away $100K in extra prizes to the top finishers! 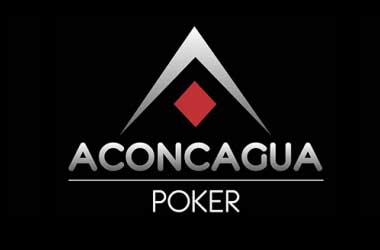