The 888poker LIVE Festival begins today at Casino Barcelona and will run for a total of 12 days. Those players and fans who could not attend the festival will still be able to keep up with all of the action.

More than 20 events and satellites are scheduled for the 888poker LIVE Festival which takes place from May 24 to June 4. The tournament will be start with a five-day €220 buy-in event that comes with a €100,000 guaranteed prize pool.

There will be four starting flights for the opening event and players can re-enter twice if they bust early or want to build a bigger chip count.

There are a number of exciting events lined up over the 12 day period and they include events like Thunder, Breeze, Hurricane and Swordfish events. There will also be a special Ladies event and an unlimited-entry for a special High Roller event. The highlight of the festival will be the €1,100 Main Event which has a €500,000 guarantee.

A number of 888poker ambassadors including Martin Jacobson, Natalie Hof, Sofia Lövgren and Vivian Saliba will be present at the festival and will play at the Main Event.

Chris Moorman To Be In Attendance

Top poker pro and 888 ambassador Chris Moorman will also be in attendance and he has plans to play a number of events at the Barcelona stop. As a poker pro who has travelled the world playing numerous tournaments and festival, Moorman says that the 888poker Live events continue to be some of the most fun festivals he has played.

In a statement, Moorman said,

In my opinion, I think the players at 888LIVE events have a good time playing in them no matter if they are successful or not. At other events, I often find that the overall vibe is uptight and serious whereas in 888LIVE events the players are more relaxed and are generally having more fun as a result

Those who can't come to Barcelona for the festival can still tune in to the action via 888poker's live stream, with commentaries from David Tuchman and Nick Wealthall. Twitch fans will also be able to follow the games at the festival via Parker “TonkaaaaP” Talbot's Twitch stream. Talbot says he might be pretty busy during the festival since he is planning on both streaming the event and playing the Main Event.

The whole 888poker live festival promises at least €1 million in guarantees across their events. 888poker also confirmed that there will be 2018 WSOP packages for winners of select events. 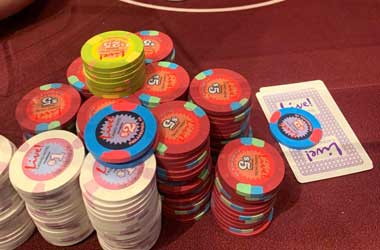