The Big Wrap Returns to King’s Casino Resort In September

The Big Wrap Returns to King’s Casino Resort In September 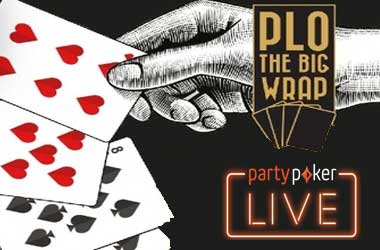 The second edition of The Big Wrap poker tournament is set to take place at King’s Resort in Rozvadov, Czech Republic from September 9 to 16.

The Big Wrap is the biggest Omaha poker tournament in Europe, with the inaugural event being held in April. The upcoming festival features €1.5 million in guarantees, €300,000 bigger than the €1.2 million being awarded to winners during the first edition of the tournament.

The eight-day action-packed schedule begins with The Big Wrap Warm-Up PLO which runs from September 9-13 and has a buy-in of €550. Players begin the action with 30,000 chips and 31-minute blind levels.

There are three opening days taking place on September 9-11, and players will have lots of chances to build a huge stack as unlimited re-entries are allowed in the first 10 levels of each opening day.

Blind levels will increase to 45 minutes on the second and third day (September 12-13), as the surviving players battle it out for the lion’s share of the €200,000 guarantee. You can also enter the event for a cheaper price by taking part in satellites which cost only €75.

During the inaugural festival in April, it was Alessio Pillon who emerged victorious, taking home €43,495. There will also be plenty of side events that players can participate in, including the €550 buy-in The Big Wrap Hi/Lo on September 12, as well as the €1,100 buy-in 5-Card PLO offering €50,000 in guarantees on September 14.

The main attraction of the festival is The Big Wrap PLO event taking place from September 13-16. As usual, the event is expected to draw some of the most prominent poker players in Europe. The Big Wrap PLO has a buy-in of €2,350, with €1,000,000 in guarantees up for grabs.

There will be two opening flights on September 13-14, and the action kicks off with 100,000 chips for each player, played in 40-minute blind levels. Unlimited re-entries are also permitted until the conclusion of Level 14 on Day 2, September 15, with blinds increasing to one hour each at the end of the late registration period.

Surviving players will compete for the top prize during a live-streamed final day on September 16. Satellites for The Big Wrap PLO will also take place, giving players the opportunity to enter into the event at an affordable price of just €350.

The first Big Wrap PLO was won by Lautaro Guerra back in April after topping a 516-entry field for €209,221.