The Irish Open Online has crowned its first champions! The festival had a successful opening day on April 6, attracting hundreds of entries to smash the guarantees of the first two events.

The festival has been moved online in partnership with partypoker after the traditional live event had to be cancelled due to the ongoing coronavirus pandemic.

In accordance with partypoker’s policy, all players are required to use their real identities while competing at the virtual tables throughout the festival. Irish Open Online will award more than €2.7 million guaranteed prize pools across 22 events.

However, if participation numbers continue to be high, the actual prize money is expected to be significantly higher. The online festival will run through to April 12, culminating in the €1,000,000 GTD Main Event. For the latest updates, visit the partypoker website.

The festival kicked off with a €100,000-guaranteed 6-Max event which attracted a total of 441 entrants to generate €132,300 in total prize pool. It was taken down by Swedish player Christopher Andler for €18,615 following a four-way deal with Canada’s Qi Hu who finished runner-up for €18,013, Hungary’s Daniel Koloszar who finished third for €15,780, and Rodrigo Perez from Argentina who earned €15,569 for finishing fourth.

Poland’s Przemyslaw Piotrowski emerged victorious in Event #2: €30,000 GTD Deepstack, after outclassing a 335-entry field to claim €9,749 as top prize. The event managed to almost double the initial guarantee after awarding €50,250 to the top 48 finishers.

Ireland’s Tomas Paiva won €7,035 as runner-up, while the UK’s Alex Zeligman finished third for €4,874. Among those who made the eight-handed final table were Kosovo’s Granit Shabani who finished fourth for €3,492, Latvian player Rihards Dobelis who finished fifth for €3,487, and British pro Sean Hopkin who won €1,844 for finishing sixth. Another Brit Stephen Woodhead finished seventh for €1,281, while Sweden’s Alfred Karlsson settled for eighth place winning €935. 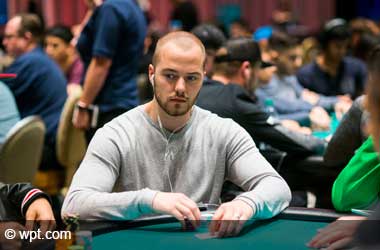